Once Upon a Time season 3 premiere review 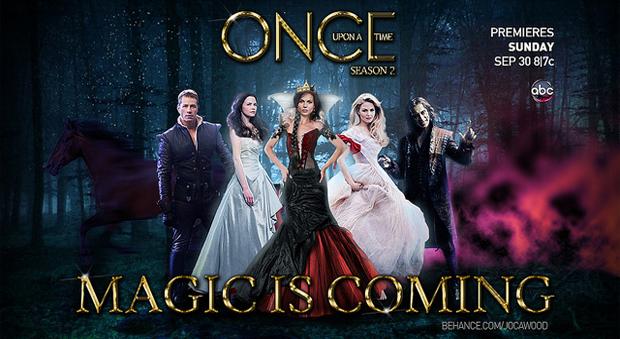 Fairy tales’ most adored or most abhorred characters return in season three of Once Upon a Time, more broken than ever before. The show that had me wide-eyed and gasping to know more with the season two cliffhanger didn’t live up to my expectations this season.

Although the show is known to move at a fairly slow pace, I could easily overlook that in the past. Every scene felt unmistakably crucial to the plot and I never felt like I was wasting my time. However, “Heart of the Truest Believer” offered no plot twists but instead, flowed predictably. The show lost some of its unpredictable and mysterious appeal when the secrets revealed throughout this episode on Pan’s true identity and Neal’s fate were practically fed to us.

Despite the slightly disappointing plot in this episode, one element in the show that consistently won me over and continues to is the characters and their praise-worthy acting. Emma Swan, portrayed by Jennifer Morrison, bounces back from the tragic loss of her ex-boyfriend, Baelfire/Neal with a new-found courage and sense of purpose that drives from her maternal instincts to find her son, Henry (Jared Gilmore). As sheriff and the savior, Morrison always displays her character with tenacity and strength, traits we see in Henry as well. She is an open-book with her expressions, and even though she won’t openly say it, her honest eyes reveal her sincere pain and concern for Henry.

Rumpelstiltskin (Robert Carlyle) and Regina  who is better known as the evil queen (Lana Parrilla), never fail to amaze me with their portrayal of their vulnerable sides. Because Emma doesn’t have the heart of the truest believer,” Rumpelstiltskin believes he is the only one who can rescue Henry. He disappears to search for Henry and encounters a lost one, a boy who works for Pan. Carlyle portrays Rumpelstiltskin colder and more distant than before. Rumpelstiltskin has lost his uncomfortable, heartless sense of humor and takes on a more serious, sarcastic exterior. When he picks up a possession that most likely belonged to Baelfire, he is rushed to tears. His son, his vulnerability and his weakness, humanize him and suddenly, we are able to sympathize with him because he doesn’t frighten us. He doesn’t seem like a beast anymore – he seems just like us. We’ve seen Rumpelstiltskin commit acts of extreme cruelty, and it’s incredible to witness this softer, more humane side of him. Carlyle has a tremendous range of acting style and transitions beautifully from Rumpelstiltskin to solely Baelfire’s father. I look forward to seeing his relationship with Henry and Emma build.

After sailing through a portal to Never Land, Emma, Regina, Hook, Snow White and Charming are interrupted, ironically, by a mermaid attack. What a shocker that in this realm, mermaids are forces of evil. Regina keeps one mermaid captive, which sparks rivalry. There’s always been dangerous rivalry between foil characters Snow White (Ginnifer Goodwin) with her genuine heart and Regina with her lack of sympathy. Snow White clearly wants to spare the mermaid’s life, while Regina is sure that the mermaid’s death will end the storm and their hindrance. Regina steals the floor with her witty, sarcastic comments toward Snow, “And what? You’ll win her over with your rainbow kisses and unicorn stickers?” As much as I love Snow and Charming, their boundless optimism was getting on my nerves and it was nice to hear someone finally poke fun at it.

They wouldn’t be sailing without the very popular Captain Hook (Colin O’ Donoghue). Hook always lightens up the mood with his playful, sarcastic comments. His flirtatious charm is simply impossible not to like, and his approach towards Emma shows what great chemistry the two actors share.

Once Upon a Time’s brilliant characters make every minute worth watching. Hopefully, this season progresses with more unexpected twists and surprises. The question still remains, what will happen to Henry and who will find him first?

Watch Once Upon a Time Sunday 8/7 central on ABC!