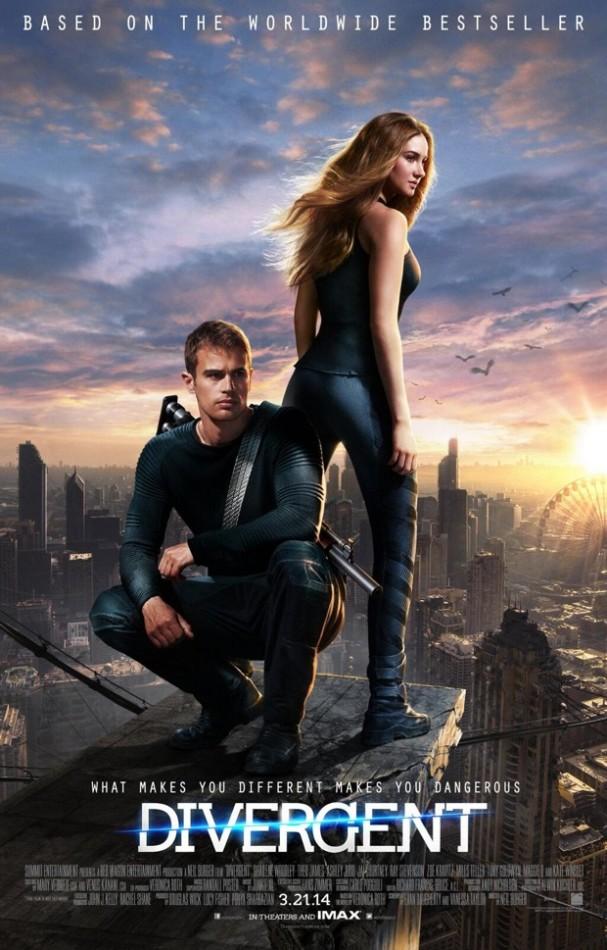 “Divergent,” based on Veronica Roth’s bestselling novel, tells the story of a rigid futuristic society split up into different factions to retain peace among its people. The film fully captured the suspense, humor, emotion and romance of the book, leaving many of its fans in the audience pleased.

The opening scene consisted of a brief description of each of the factions. Director Neil Burger established the exposition to near perfection, allowing those who hadn’t previously read the books to fully understand the concept of the twisted dystopian plot. Background music really allowed for this and other scenes to become more dramatic and impactful. Throughout the film, scores from composer Hans Zimmer featuring vocals from Ellie Goulding enhanced the intense train jump and capture the flag scenes, getting the audience’s adrenaline pumping along with the characters’. Other songs from Zedd and Snow Patrol also aided the storytelling process, allowing everyone in the theater to get even deeper into the story.

The film stars Shailene Woodley as Beatrice Prior, the main character that doesn’t seem to belong in any particular faction. Struggling with the inability to pick a faction at the choosing ceremony, Beatrice chooses the daring faction, Dauntless – an almost complete 180 degree turn from Abnegation, the selfless faction she grew up in. British actor Theo James plays Four, Beatrice’s (later known as ‘Tris’ once she goes Dauntless) mentor. The two actors showed great chemistry on-screen, achieving the complex relationship Roth illustrated in the novel.

Woodley’s small build and underdog-like qualities that she displayed matched those of Tris Prior, making the audience want to root for her character as she progressed through the film. James’ stone-faced facade and protective motives played well with Woodley’s vulnerability, leaving many in the audience swooning. The minor characters, such as those played by Ashley Judd, Miles Teller and Kate Winslet, served as solid support and strengthened the film to a great extent; their own interpretations of their personas played well with the main characters’ and accurately portrayed the qualities that were expressed in the novel.

As part of Dauntless, the characters underwent tests in physical and mental strength. The hand-to-hand combat performed during points of the film were executed well, with just the right amount of battery that kept the movie-goers intrigued, but not so much that they had to look away. Scenes that dove into characters’ minds during the mental strength tests gave off a sense of suspense – slow motion shots and extravagant stunts sucked the audience into their feelings of urgency and terror of the unknown.

Although not every detail of the novel could be incorporated into the 2 hour and 20 minute movie, every main point was hit. There was also an addition of various scenes that were craftily worked in, in order to present background information to the audience more conveniently. Despite alterations to minor details, the overall plot remained concrete from beginning to end, leaving previous fans of “Divergent” pleased, and welcomed even more to the fandom.