Fall Out Boy “Monumentour”: Review of the rain 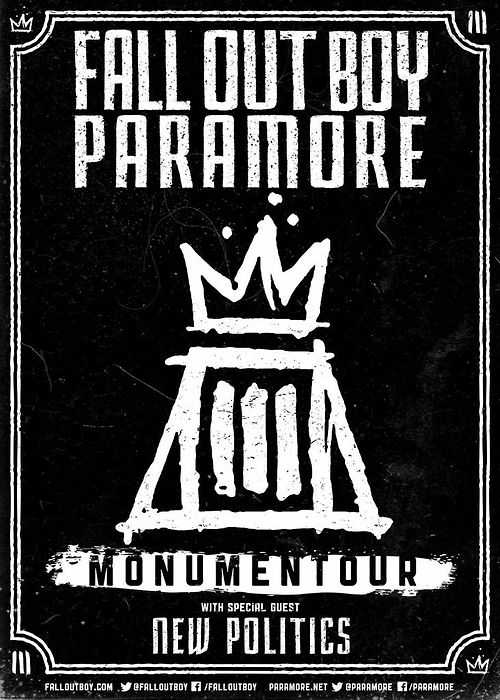 I checked the weather. Clear skies, sun, and only a few clouds is what the weather station claimed would be hovering over the Gexa Energy Pavilion on August 5, the night Fall Out Boy was meant to co-headline with Paramore. It wasn’t long after I got there, however, before I saw the dark, heavy clouds looming over us.

I walked past the woman selling binoculars and ponchos, wondering at the importance of either. Sure, I had a lawn seat, but a blanket protected my bottom, and it seemed to be all I needed.

New Politics came on  the stage (wait – I thought Paramore should be here by now?) about 45 minutes after the promoted start time of 7 p.m. Everyone immediately cheered for the songs, but my attention was not caught until a man in a skull shirt began break dancing. Even without being a huge fan, at this point even I was excited.

That’s when the rain began to fall.

My plan was to tough it out. I drove all this way, right? A little water can’t hurt, right? I at least need to stay for Paramore.

As it turned out, security guards chased us off the lawn before New Politics even finished. The blinding flashes of glittering light did not bother me, even when accompanied the same second by grumbling thunder, but they were apparently “not safe.”

I learned later that a chest infection had kept Hayley Williams from the stage, not the rain. Paramore had to cancel numerous performances due to her exhaustion, so I would not have been able to see her live either way. Even without this knowledge, as I fought through the rain on the drive home, I was deeply disappointed that the band I saw was not one I had been waiting all summer to see.