The Lost Boy entertains with creation story of Peter Pan 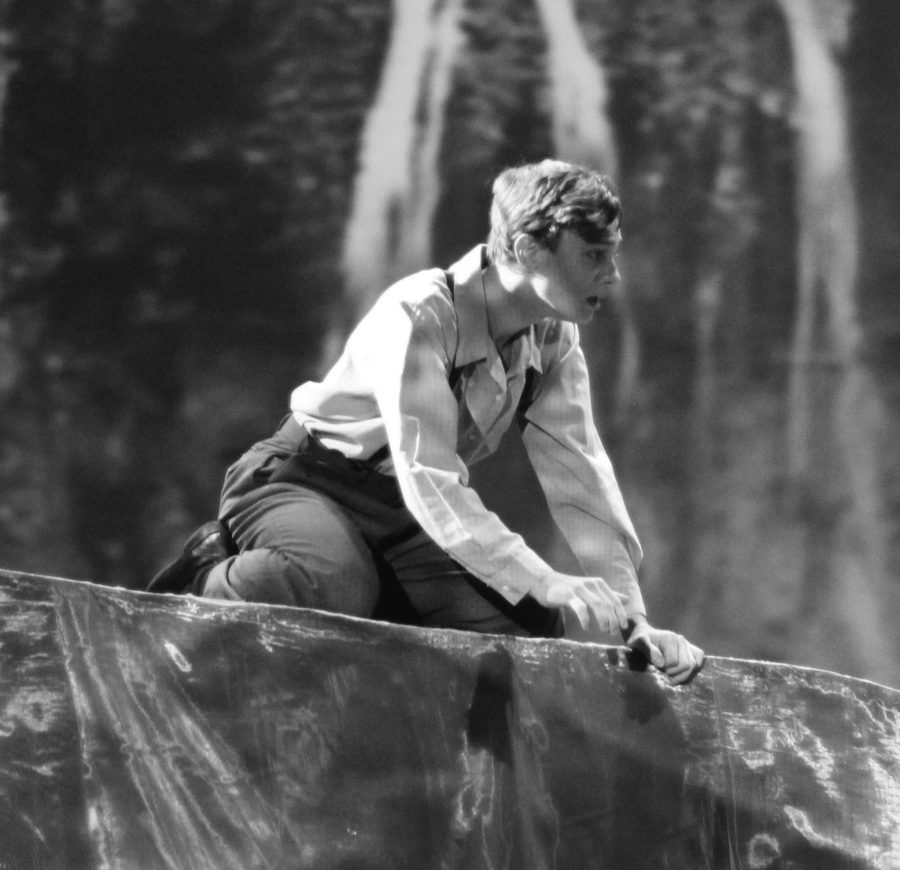 The opening show of Lost Boy, a whimsical play exhibiting themes of love, loss and adventure, was performed for the first time on Oct. 6.
This moving production follows James Barrie, played by junior Andy Stratton, as he returns home to Scotland and copes with the resurfaced memories of his late older brother, David, played by junior Isaac Kolodny. He finds comfort in developing a story popularly known as Peter Pan and sharing it with an unexpected love interest.
Senior Marissa Nelson convinced the audience with her portrayal of the broken, apathetic parent that is Margaret Barrie, James’ mother. Nelson and Stratton shared intense energy during their scenes together as mother and son. The audience was often deeply moved by Margaret’s rejection and apparent hatred towards James. Their dialogue flowed smoothly and their fervent energy emphasized the dramatic impact of their relationship on the play.
Kolodny portrayed his character of David Barrie with appropriate zeal and emotion. He also took on the role of Peter Pan, in which he efficiently represented the innocent and childlike nature of the character.
Two characters that were especially entertaining were Tinker Bell and The Old Crow. Tinker Bell, played by senior Alexa Sananikone, gave the show an extra kick with her enthusiastic and bubbly personality. Sananikone, who endlessly pranced and fluttered amongst the stage, helped carry the show when it began to lose momentum. Senior Tanner Lewis gave the show a sometimes needed release from its intensity with his amusing and lighthearted portrayal of The Old Crow.
The majority of the cast sported convincing Scottish accents throughout their entire performance. They impressed the audience with their ability to remain in character during the full duration of the show.
Costumes were adequately designed, giving an accurate display of each character. There were a few accidents throughout the play, such as James’ mustache detaching from his face halfway through the show. Yet, such things are to be expected in an opening night.
The set was impressive, with a general setting that worked well with all scenes. Props were brought on and off the stage with little to no visible difficulty. There were no noticeable issues with lights or sound, which definitely improved the overall experience.
One unexpected feature, though, was the fly system at the end of the production. Throughout the whole show, both Peter Pan and the fairies pretended to fly around the stage via spreading their arms wide and running. However, in the last scene, Peter Pan makes an appearance on stage connected to wires and buckled into a harness. He then proceeded to be lifted into the air, flying around in a satisfying moment of finality.
Still, despite the wonderful performance of the cast, the production of Lost Boy was a whopping three hours long. It moved at a faster pace towards the beginning, yet slowed its role as the show progressed. As the end neared, it did admittedly begin to drag, and it felt as if the overall energy of the cast was dropping.
All things considered, everything went pretty well for the opening performance of Lost Boy. The hard work and dedication of the cast and crew brought the play to life in a way that was able to touch the hearts of students and teachers alike.