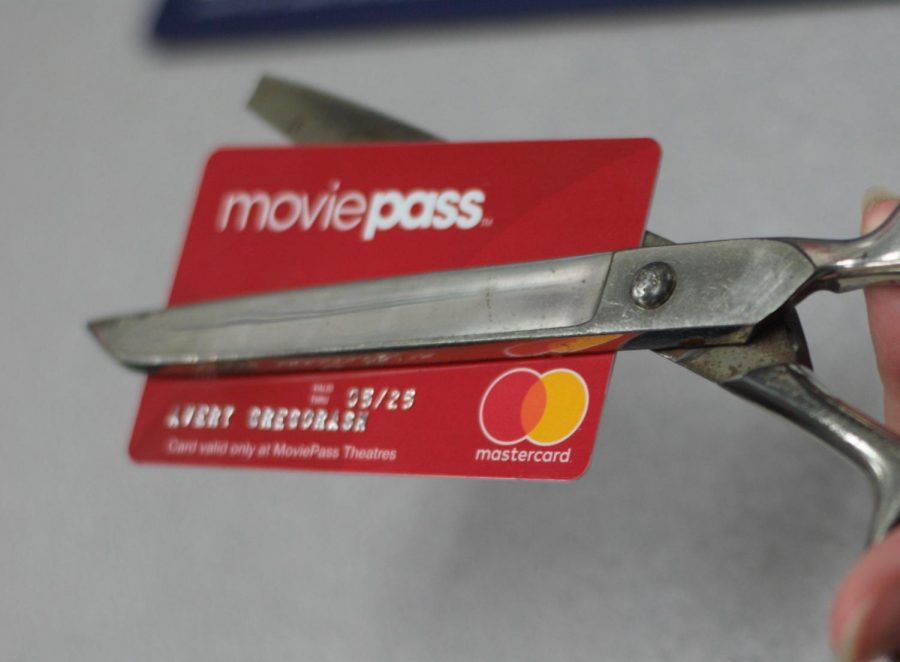 As told by John Lynch, a writer on Business Insider, MoviePass is a subscriptionbased service that allows users to see a certain number of movies per month, rather than buying tickets each time. Originally introduced in 2011 by Stacy Spikes and Hamet Watt the founders, MoviePass has undergone several changes, with its most popular model allowing users to see one movie per day for a monthly fee of $9.95 with only a few restrictions, such as needing to order your seats ahead of time.

Due to significant financial losses by the company, many drastic changes have recently been proposed by MoviePass. At first, the changes were small. There was no more free popcorn attached and users couldn’t use the pass on certain popular movies when they were first released. However, that was only the beginning of the changes the company made, Kevin Kelleher of Fortune said.

Jill Dlsis from CNN said as the company continued to lose money, more drastic changes were added. Under the proposed model, users would now only be allowed to see three movies a month instead of one per day, as the plan had allowed previously. The blackout of certain movies continued and users would have to pay extra to see new releases.

Adam Chitwood of Collider said that MoviePass based its service model on those of streaming services like Netflix and Hulu. They noticed the number of people going to the theatre was dropping dramatically due in part to these streaming services and the amount of content that people could instantly access. He also said MoviePass calls itself the “Netflix of cinema,” because they are an exact replica of Netflix but used for movie theatres.

When MoviePass was founded in 2011 by Spikes and Watt,as told by Jason Guerrasio from Business Insider there were a plethora of movie theaters that did not feel comfortable in trusting this idea, since MoviePass was such a small company at the time. Due to this hesitancy, the company was initially unable to sell passes and temporarily went out of business. It wasn’t until 2016 that the company reemerged with a new and improved plan. This new model featured unlimited movies, free food after a new of movies viewed and so much more.

Once the growing business launched this new plan, movie theatres were eager to hop on board with this idea. On the official MoviePass website, they were accepted by 91 percent of theatres nationwide in 2017. They were doing so well as a company that they lowered the monthly price to $9.95 a month. In the beginning of 2018, they were doing the best they’d ever done and lowered their monthly price to $6.95.

According to Sarah Berger and Tom Huddleston Jr. from CNBC it wasn’t until May of 2018 that they started to experience problems. They lost a total of $40 million and continued to lose more, leading them to realize they needed to start making the drastic changes; such as their decrease in the amount of movies their users could see and their raised prices. According to a poll that was taken in Aug. 2018, from the website Market Watch, it showed that out of 1,158 subscribers, 48 percent of users plan on dropping their plan altogether since it no longer makes financial sense for them to continue under the new model. This predicted the much-needed change.

According to Nick Statt, a writer for The Verge, on Aug. 24, MoviePass announced they were no longer providing their annual subscription plan and all consumers were told that they could cancel their plan by Aug. 31, and receive a full refund.

While this seemed like a good deal, according to Hannah Shaw-Williams a writer on Screen Rant many people complained that there were technical difficulties and they were unable to cancel their plans or they were never even offered a refund.

MoviePass’s failure to give annual subscribers refunds caused even more aggression towards MoviePass, causing their customer satisfaction rates to drop even lower as a result. Since this incident, MoviePass has corrected the issue and all annual subscribers were able to cancel their subscription and get their full refund according to Alison Foreman a writer on Mashable.

In the wake of these problems, a new company is taking advantage of the opportunity to steal the consumers of MoviePass. Christine Chan, a writer on iMore said, a company named Sinemia is copying what MoviePass did, but they’re offering more options in an effort to win over customers.

Sinemia now has plans ranging from $3.99 a month to see one movie, $9.99 to see any three movies except 3D and IMAX, and $14.99 for any three movies including IMAX and 3D. Seizing the opportunity to gain former customers of MoviePass, Sinemia instituted a program called “refer a friend,” which can be found on the Sinemia website, where customers can convince a friend to leave MoviePass or as they say “another subscription based program” and join Sinemia which will result in a discount on your dues.

Forbes and The Wrap have predicted, that MoviePass may go completely out of business by the end of 2018. If this is true, MoviePass has a number of questions from consumers that will likely need answering.