'Tell Ya Story' shows a different side of Greene 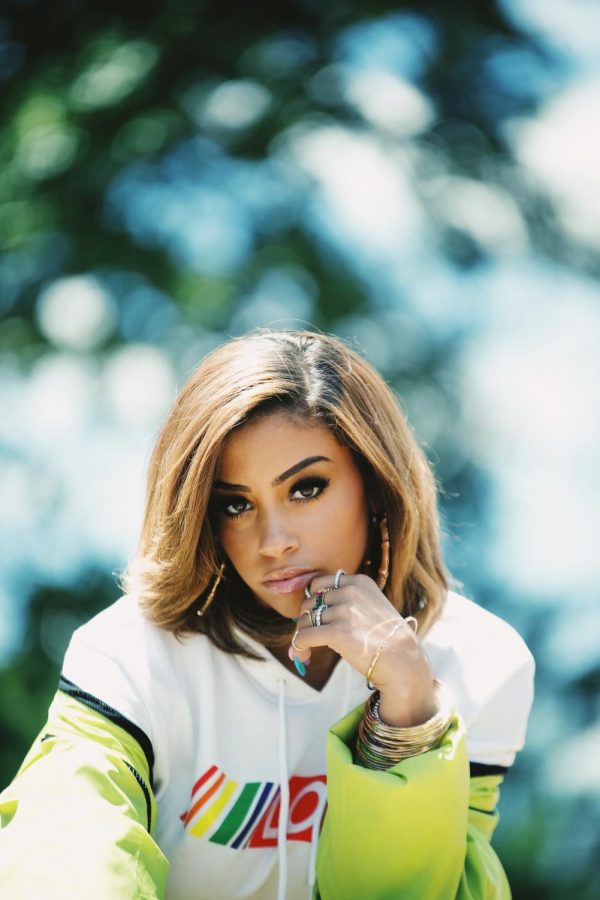 Layton Greene poses for pictures to promote her new album.

Tell Ya Story is popular R&B singer Layton Greene’s debut album, which features seven self-written songs that present an auditory illustration of her tribulations in love and life.

Greene first gained popularity from her music by posting a cover of Kodak Black’s “Roll In Peace” on SoundCloud. Her cover of the song ended up acquiring almost 16 million streams, which led to her being signed to the iconic Quality Control Music record label. The Atlanta based label has signed artists like Cardi B and City Girls, however, Greene is their first ever R&B singer.

The first track on Greene’s album is labeled “Blame On Me” which Greene tagged her “testimony” according to an interview with Apple Music. The slow beat mixed with a dramatic bass set the tone for the song, where Greene sings about her dark and distressing past.

The bluntness of Greene’s lyrics describing how her life used to be serves as a preview for how honest the rest of the album is, which could be found as a bit off-putting due to her truthfulness about harsh topics like molestation and drug abuse.

The next song on the album, however, is a completely different tune. “Never Knew” showcases Greene’s smooth vocals, which are heard over sweet and melodic instrumentals, where she croons about her first glimpse of true love.

After the first track on the album, Greene’s next three songs on Tell Ya Story revolved around her love life. Following the development of “Never Knew” are songs “I Love You” and “Choices,” where the audience gets a deeper look into the romantic trials Greene faced once entering adulthood.

While “I Love You” comes off as a rant-like monologue of Greene’s competition with another woman to be with the same man, “Choices” is about the difficulty Greene faced while trying to decide between two men.

The irony in having the songs back to back plays off with the juxtaposition of the two different beats. “Choices” gives off an echoey electric guitar that rides the beat, which contradicts the grunginess of “I Love You.”

Unlike the other songs on Greene’s album, “I Choose” is a smooth and powerful letter to Greene herself. The subtlety in which Greene addresses herself in the song is a stylistic choice that furthers the meaning behind her realization of self-love.

“I Choose” stands out mostly due to it’s coming of age story, the moment every girl has when she realizes that she deserves better than the treatment she’s been getting, especially in a relationship.

“I’m apologizing to myself and letting myself know that I choose me,” Greene said in her Apple Music interview concerning Tell Ya Story.

The last two closing songs on Greene’s album, “Knives” and “Open Wounds” go back to the theme around toxic and unhealthy relationships.

“Knives” is a more dramatic dedication to Greene’s past irritating relationship with someone who committed constant infidelity, and sounds like every other song on the album, with strong reverb and catchy drum hats that make for a solid melody.

The closing track on Tell Ya Story is “Open Wounds,” which serves as a cyclic ending to Greene’s debut album.

“Open Wounds” samples Kodak Black’s “Transportin’” instrumentals, but slows them down in order to make a more R&B- like track. This is where Greene changes the song to make it into her own, creating her own lyrics about healing herself after a particularly toxic relationship.

Although Greene’s album is repetitive in lyrics and instrumentals, it is commendable due to her brave lyrics about sensitive topics. Her outspoken poetry is refreshing to listen to, even though its meaning can get bogged down by the stereotypical rhythms of her work.