Pony sheds a new light on the real life of Alex O' Connor and what he deals with. 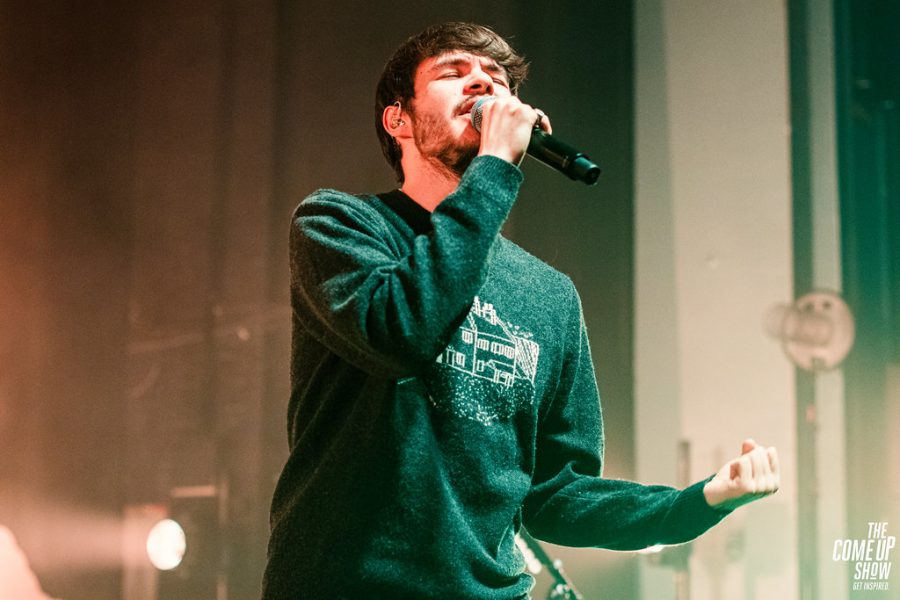 the come up show

Leader singer of the indie band preforms for a loving crowd.

Alex O’Connor,  known under the alias Rex Orange County has yet again proven himself as an amazing artist with the installment of his third album Pony, which has sold out all its UK tour dates, including most of its U.S performances as well.

The U.K- based singer first gained his popularity through SoundCloud, a platform in which many other favorite singers today have built their success from. His first album produced on the site, Bcos U Will Never B Free, gained attention from various other artists, and most notably by Tyler the Creator. Tyler played a role in furthering O’Connor’s career by featuring O’Connor on his critically-acclaimed album, Flower Boy.

Differing from his past two beloved albums, Pony provides an insight into how O’Connor has been dealing with his newfound fame and the struggles that come with it. This is notable due to the fact that Bcos U Will Never B Free and Apricot Princess have overwhelmingly been about his love life and past relationships.

Pony also has a new sound that is similar to O’Connor’s other music, but remains distinctly conflicted in its overall architecture of style. This is an interesting development, as Pony is all about his struggles facing his newly found adulthood.

The first track on Pony, entitled “10/10” is an upbeat opener to O’Connor’s album that promotes the recently acquired happiness he felt this year. In many ways, “10/10” is like an introduction to O’Connor’s new self, one that is improved and ready to begin taking care of himself again.

Immediately after “10/10” enters “Always,” which opens with vocals reminiscent of the kind of interesting style contemporary R&B artist Frank Ocean would use. This kind of innovative approach is the type of new technique O’Connor has taken into Pony that takes the conflict of his adventure of self-discovery into the songs.

With its soulful trumpets and blunt lyrics concerning O’Connor’s depression, “Always” has the same kind of intrancing charm all his other songs do. It’s hopeful yet sad lyrics appeal to the optimist in everyone, and it proves as a great new addition to O’Connor’s regular repertoire of indie-pop songs.

The fourth track on Pony is “Face To Face,”  an interesting melody with an upbeat beachy guitar and maracas, interspersed with twinkly triangle percussion that perfectly juxtaposes O’Connor’s meaningful lyrics. However, despite all the happy instrumentals, O’Connor states in an Instagram post concerning the song that ‘Face To Face” is truly about “being away from home, feeling trapped in an undesirable situation, and finding it difficult to trust people.”

The seventh song on the track is “Pluto Projector,” a testament to O’Connor’s new experimental decisions with his music. The song’s gentle sound and wailing-like backup vocals further advance the challenging existential lyrics O’Connor sings. It’s ending orchestra instrumentals add to the drama and anguish of the song, which ties in the new theme of O’Connor’s  music concerning his challenge to understand his present adulthood.

“It’s Not the Same Anymore” is the closing statement to  O’Connor’s evolutionary Pony album, however, its placement leads to an almost dreary ending. Beginning just after an upbeat love letter to his long-time girlfriend Thea Morgan-Murrell, “It’s Not The Same Anymore” enters immediately after a high of happiness.

The somber guitar and O’Connor’s signature soulful voice starkly contrast from the other songs on the album in an almost painful way. If O’Connor’s goal was to get the audience to feel the same growing pains he sings about all throughout Pony, then he surely accomplished it.

The charming way in which O’Connor applies juxtaposition throughout his album, whether it’s by the instrumentals of the song and its lyrics, or by introducing an angsty and somber track right after a joyful one is very emotionally provoking.

Pony offers an interesting insight into the complexity of growing up, and the struggle O’Connor faces trying to care about himself more. The album differs from his other work, but in an appealing way, one that shows the growth of both his character and artistry.