Brothers Sean and Daniel find their way in a hectic world 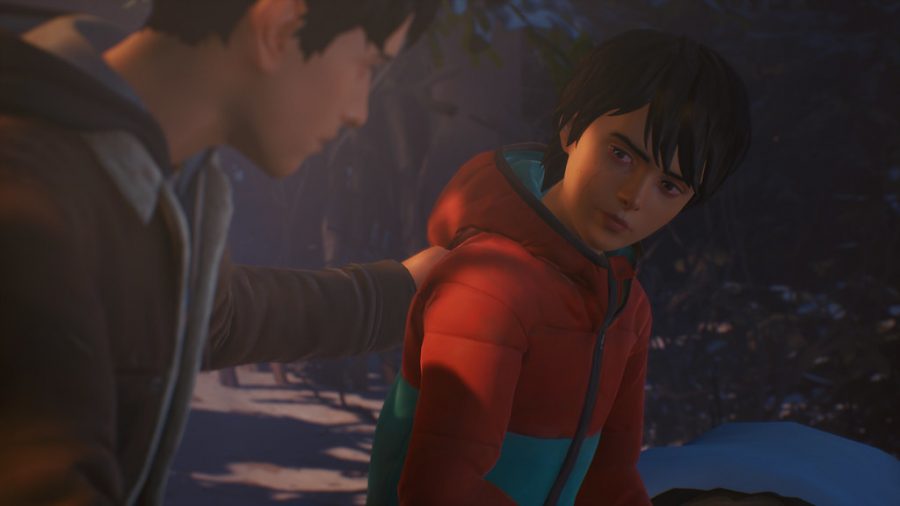 Brothers Daniel and Sean discussing what to do amidst their tragedy.

The 3-D choose your own adventure game Life Is Strange 2 is a heart warming and relatable adventure in the lives of two brothers trying to find their way in this complicated world.

The game is technically a sequel to the first game, but is more of an anthology story unrelated to any of the original’s events and characters. The narrative of the game follows two brothers Sean and Daniel Diaz, who’re accused of an unjust crime.

Although the most important aspect is the interesting story, there’s still the main gameplay to dive into. For those unfamiliar, the game’s genre is a choose your own adventure with branching paths resulting from the choices made as the protagonist Sean. There isn’t any combat, but the character can move around and interact in linear environments encountered in the story.

The game’s protagonist is the older brother Sean and begins on a typical day in his life consisting of boring chores and sibling rivalry. This may sound overly mundane, but acts as an effective introduction to the characters and relationships between them.

For instance, Sean doesn’t have the most perfect relationship with his younger brother Daniel because the young nativity clashes with the emerging teen angst. The only one who keeps them together is their dad, who teaches them to be selfless and understanding people.

The most interesting part of the story is the almost superhero like element that separates this story from a traditional coming of age story. The call to action is a fight breaking out between a neighborhood bully and Sean who’s just sticking up for his brother.

The fight takes a dramatic turn as the bully gets extremely injured, drawing the attention of a prejudice police officer. The brothers are told to stay on the ground while the father comes out to plead with the officer for an understanding. The tragedy starts as the officer feels scared and shoots the father dead, leaving the younger brother Daniel in a rage.

There seems to be an explosion of power as the officer is thrown back and the brothers must flee or risk being wrongfully convicted for the crime. The main values and themes of the game are about how everything can be ripped from you in an instant, but you have to overcome it and move on. That’s the best quality of the game, showing how unfair and strange life can be.

This incident successfully sets up the status quo of the game, where the brothers are forced to go on the run from the authorities, hiding in any place they find. The fugitive aspect of the story provides a great sense of pace and offers high stakes for the characters.

The fantastical aspect of the game comes from the younger brother Daniel seemingly possessing telekinetic abilities. Although this element isn’t too random since the original game featured a protagonist with time travel powers.

Sean doesn’t possess any powers of his own, but effectively trains his brother Daniel to only use his powers when absolutely necessary. This greatly differs from the first game’s protagonist having powers of their own and fully showcases the family aspect of the sequel.

The character of Sean is adaptive to the player’s own personality and he can range from a huge jerk or a lovable goofball. He can be whatever you choose him to be and every decision made will have lasting consequences.

The gameplay experience may not be traditional or difficult, but the storyline pulls on the heartstrings and presents interesting characters to make up for it. By the end of the game, the audience would feel apart of the lives of Sean and Daniel as if they’re actually family.

The game is rated M, meaning it contains blood, drug reference, mild sexual themes, strong language, violence and only recommended for players 17 and up. .

The game Life Is Strange 2 offers players with a down to earth and emotional experience through the lives of two runaway boys desperately trying to reach sanctuary.. The ability to choose branching paths and player preference for the protagonist Sean keeps the game incredibly engaging and worthwhile for fans of great storytelling.