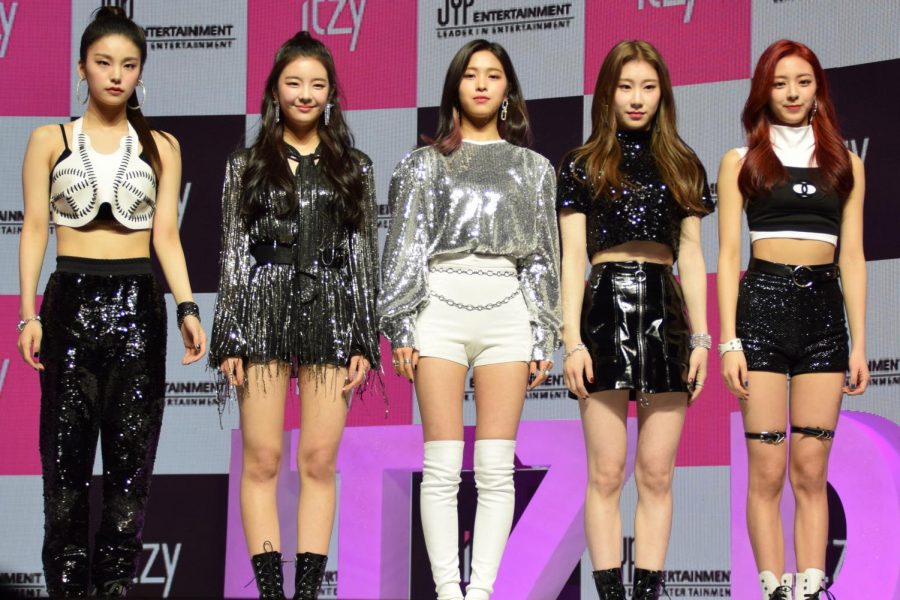 K-pop band Itzy is an example of the many groups who have become widly popular in the United States.

This October there has been no shortage of entertainment for K-Pop fans with the numerous comebacks from globally renowned groups like, NCT, TXT, BLACKPINK, TWICE, SEVENTEEN, and more.

The COVID-19 pandemic hasn’t put a halt to the production and release of new music in the K-pop industry. In fact, throughout the past few months K-Pop groups like Stray Kids, BTS, ATEEZ and EVERGLOW have released music that has dominated global charts.

Without a doubt, this October has been just as exciting, as more groups comeback with music and stunning music videos to wow their viewers around the world.

Globally renowned K-pop girl group, BLACKPINK, most known for Kill This Love, kicked off the start of October with the release of their album: THE ALBUM.

“You’ll be able to experience the difference between black and pink, with our fierce energy from tracks like ‘How You Like That’ alongside pink bubblegum pop, like ‘Ice Cream,’” the members said in an interview with Variety. Their exciting new album features a collaboration with Selena Gomez.

TXT, or Tomorrow x Together, recently announced the tracklist for their new EP Minisode 1: Blue Hour, on October 26. The third song on the tracklist.

“‘We Lost The Summer’ describes the daily lives of teenagers who are living a completely changed life due to the COVID-19 pandemic,’” according to a press release by Big Hit Entertainment.

With a history of stunning visuals, choreography and storytelling within their previous music videos, TXT is sure to enchant and bewilder its viewers once again.

More K-Pop groups like, SEVENTEEN, LOONA, TWICE, and CRAVITY are set to release new music this month as well. October will be a month of never ending entertainment for K-Pop fans around the world, an uplifting distraction from the drastic changes of daily life from COVID-19.