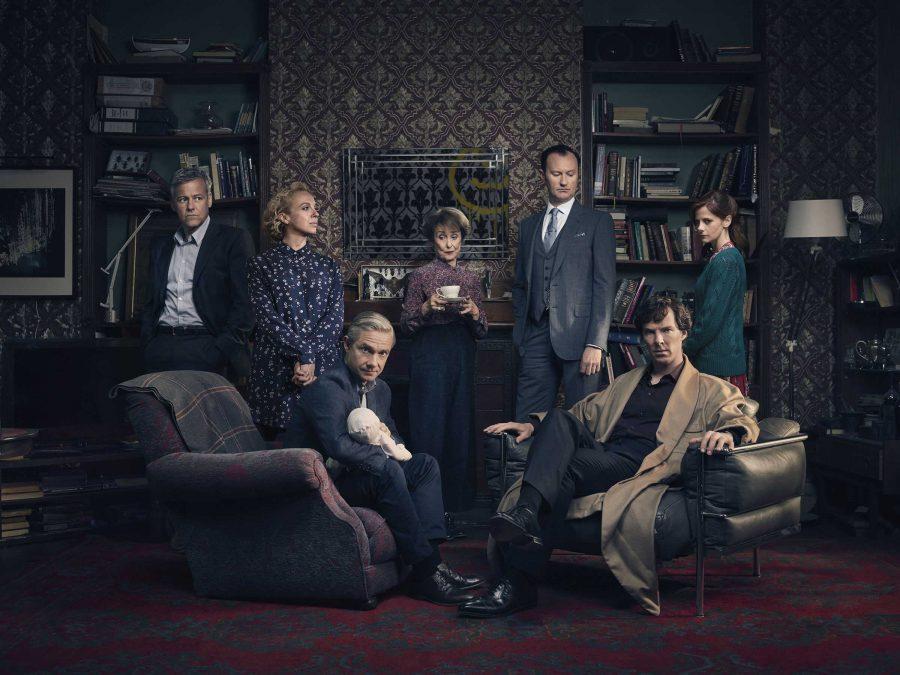 Viewers were left with a cruel cliffhanger at the end of season three in 2014. For longtime fans, they know that this is Steven Moffat and Mark Gatiss’s speciality. Moffat and Gatiss are the creators and writers for the show. Gatiss also plays Mycroft, Sherlock’s brother, in the show.

Trailers and clips of season four promised to be the darkest season yet. They even teased the audience about the worst villain Sherlock (Benedict Cumberbatch) and John Watson (Martin Freeman) would ever have to face. The promise was fulfilled for never has a season of Sherlock been so cleverly written and terrifying that audiences cannot help but to drop their jaws in disbelief. Those who believe the last three seasons of Sherlock were hard to handle will not know what has hit them with this latest installment.

The first episode of season four, “The Six Thatchers,” brings the return of Sherlock’s more than occasional arrogant comments, as well as the fantastic dynamic between Sherlock and John. Viewers can slip easily back into this contemporary and mysterious world of Sherlock.

Mary (Amanda Abbington) and John are adjusting to married life with a newborn baby so Sherlock watches as his two best friends try to lead more normal lives.

The plot of this episode focuses heavily on Mary and her past life, after Sherlock solves the disappearance of a boy from his own car. It is the family of the dead boy who lend themselves to the title of this episode.

Sherlock becomes obsessed with a bust of Margaret Thatcher, which he first sees in their home. These busts continue to appear throughout the episode and gain increasing importance.

This episode features violent scenes, very well choreographed, between Sherlock and an assassin who was friends with Mary, years ago. Mary’s mysterious past was one of drama and violence, making for an interesting backstory. Audiences can finally learn about what was only hinted at in season three.

This one and a half hour episode contained excellent mystery and quick-paced dialogue to start off Sherlock’s return with a bang. However, the end of this episode will leave viewers in tears and frustration. The sudden plot twist, while devastating, is well-written and adds to the intrigue of the show and creates an emotional ending.

The second to last episode in this season, “The Lying Detective,” features cunning philanthropist Culverton Smith (Toby Jones). This is the most mind-twisting and thrilling episodes to date, in part due to Jones’s perfect performance. Evil that was lurking under the surface in the first episode is now more apparent in this script.

Culverton Smith has plans that will horrify even the most dedicated horror movie fan. However, it is Sherlock’s genius plan to fool Smith that will really shock audiences.

In addition, Sherlock’s friendship with John is tested, creating severe tension throughout the episode, mainly due to Sherlock’s drug induced frenzy.

This episode finally gave Mrs. Hudson (Una Stubbs) the spotlight she deserves. As always, she provides the common sense and assistance that Sherlock and John need. Not to mention, her sports car adventure brings much needed relief in such a dark episode.

The trend of ending episodes with dramatic scenes continues in “The Lying Detective,” making audiences desperate to discover what will happen next to their beloved characters, Sherlock and John.

The season finale of Sherlock, entitled “The Final Problem,” is uniquely different in comparison to past episodes and seasons. The setting is concentrated in one location, a remote institution on an island in the middle of the ocean. Sherlock, John and Mycroft fall into their torturer’s trap and are forced to solve problems in order to see how their brains function under pressure.

The problems are inhumane and ruthless, but watching the trio work together makes for an unforgettable ending. Also, mysteries of Sherlock’s youth are revealed and explained, such as the meaning behind Sherlock’s childhood dog, Redbeard. Not to mention a huge family secret is finally let loose.

While sometimes tricky to follow, the plot is altogether exciting and bold. While trapped in this mental game, new and old characters make an appearance for this finale. These characters add so much drama to the finale, audiences will no doubt be in complete shock afterward.

Anyone who argues that this season was too confusing or hard to follow are people who are unable to appreciate a clever and enjoyable television show. Old and new characters, plus an ending that provides closure, made for a completely brilliant season of Sherlock.