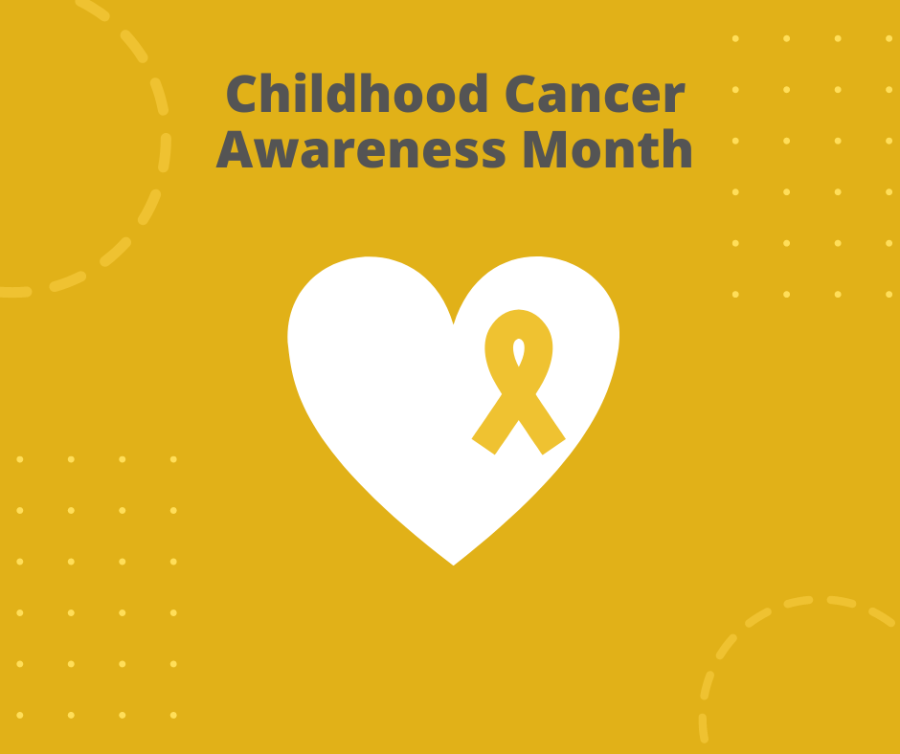 September is here, which means it’s time to Go Gold for Childhood Cancer Awareness. National Childhood Cancer Awareness Month is recognized each September and indicated with a gold ribbon. It serves to honor the estimated 400,000 children and adolescents between the ages 0 and 19 reported by the World Health Organization who develop pediatric cancer each year, as well the many young lives that have been taken by this disease.

According to St. Jude Children’s Research Hospital, September was first designated as National Childhood Cancer Awareness Month in 2012 by President Barack Obama and many annual initiatives towards childhood cancer awareness and research have since been created in recognition. On Aug. 31, President Joe Biden kicked off this year’s recognition of the month with “A Proclamation on National Childhood Cancer Awareness Month, 2022,” which served to honor the lives affected by childhood cancer and detail the Biden Administration’s commitment to advocate for the expanded research and developed treatment of this disease. “I encourage citizens, government agencies, private businesses, nonprofit organizations, the media and other interested groups to increase awareness of what Americans can do to support the fight against childhood cancer,” Biden said in the proclamation, emphasizing the need for action in addressing the importance of childhood cancer.

Despite the prominence of this disease, which remains the leading cause of death by disease for children under the age of 15 in the United States, childhood cancer research is severely underfunded. The National Cancer Institute, which is the U.S. Department of Health and Services agency that is responsible for leading, conducting and supporting cancer research in the United States, currently allocates just 4% of its annual budget to pediatric cancer research. This limited budget is intended to account for all types of childhood cancers combined, despite the complex variety in the types of cancer diagnoses that children receive annually. Although childhood cancer is collectively considered rare, its devastating effects are felt deeply by the thousands of children battling this disease each year. According to St. Jude, the overall childhood cancer survival rate has grown exponentially over the past several decades due to advances in treatments and now sits at around 80% in the United States. However, the odds remain devastatingly low for families faced with a diagnosis. Additionally, St. Jude reports that of the estimated 483,000 pediatric cancer survivors that live in the United States, over 95% face “significant treatment-related health issues” while in remission. These statistics both underscore the severity of this disease and highlight the importance of funding research that will lead to significant developments in the field.

Each year, National Childhood Cancer Awareness month serves to shed light on this under-recognized disease and advocate for increased funding and initiative towards finding a cure. As awareness spreads, it becomes possible to make a difference for the better. Go Gold for Childhood Cancer Awareness this month to contribute to a brighter future in pediatric cancer research and make a difference in the lives of the thousands of children affected by this disease each year.