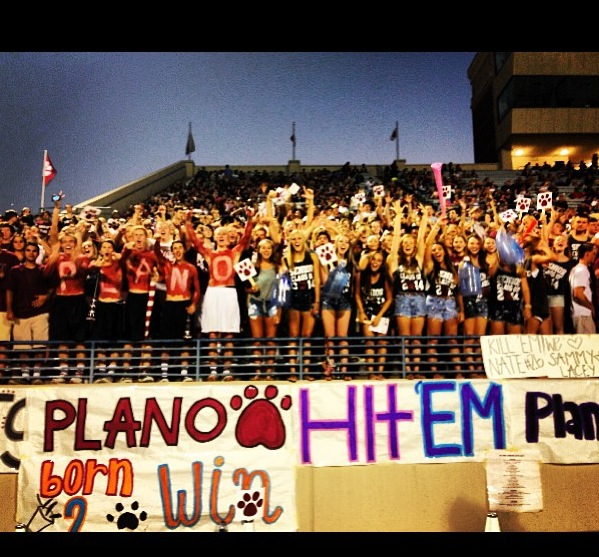 Plano’s offensive running back Brandon Stephens and defensive linebacker David Griffith both earned the title, “Players of the game” from last week’s game against Lewisville. Once again, they both played for the majority of the game this week. Two touchdowns in the first quarter, including a touchdown catch from junior quarterback Mitchell Hansen to junior safety Parker Meyers, brought Plano into the lead at 14-0.

The scoreboard remained untouched throughout the second quarter, though Hansen made two failed passes. Griffith rushed the field for tackle after tackle, keeping up the defense. Senior kicker Colton Gier fumbled the ball a couple of times, but as he kicked off straight into Plano’s hands, he had the stands still chanting his name.

The fourth quarter brought another round of touchdowns from Plano. Stephens scored a touchdown four minutes into the quarter, followed by another field goal from Gier, and the score bumped to 21-0. At three minutes left in the game, senior Jackson Pierron scored a touchdown and brought the game to the final score of 28-0.

Plano’s season now stands 2-0. In both games, Plano has shutout the other team, and left the opponents final score at 0. District games will start on Oct. 10 with an away game against McKinney.