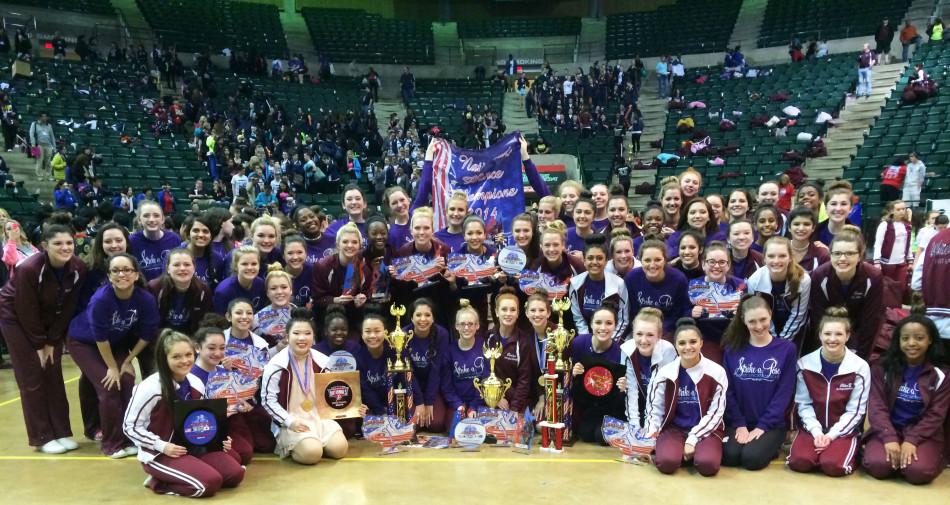 The competition is split up into several categories. Under the super-team category, the Planoettes brought home their 5th National Championship title.  The team competed in several categories of dance including military, pom, jazz and open, along with various elite officer dances and solos.

The competition included more than 50 teams competing in the different categories.

“It was amazing to have the opportunity to compete with teams from all over the world,” senior co-captain Rachel Daniels said. “I’m going to remember this forever.”

This is the Planoettes’ last competition of the year.

“It is bittersweet,” senior first lieutenant Carlyn Hinojosa said. “I have shared so many memories with the girls on this team,so it’s obviously going to be something I’m going to miss next year.”

The competition award ceremony concluded at 1:45 a.m. Sunday morning. Although the girls were tired, once their National Championship title was regained, their spirits were lifted.

“It’s always nice to see hard work pay off,” senior co-captain Laura Jenkins said. “I could not have asked for a better way to start off my birthday than by bringing home the national championship trophy with my team. I am so proud of each and every one of them.”

After this victory, the Planoettes are preparing for their last event of the year. Their spring show, showcasing their talent and hard work, will be held April 11-12 in the Doyle Dean Performing Arts Center. Tickets go on sale this week.