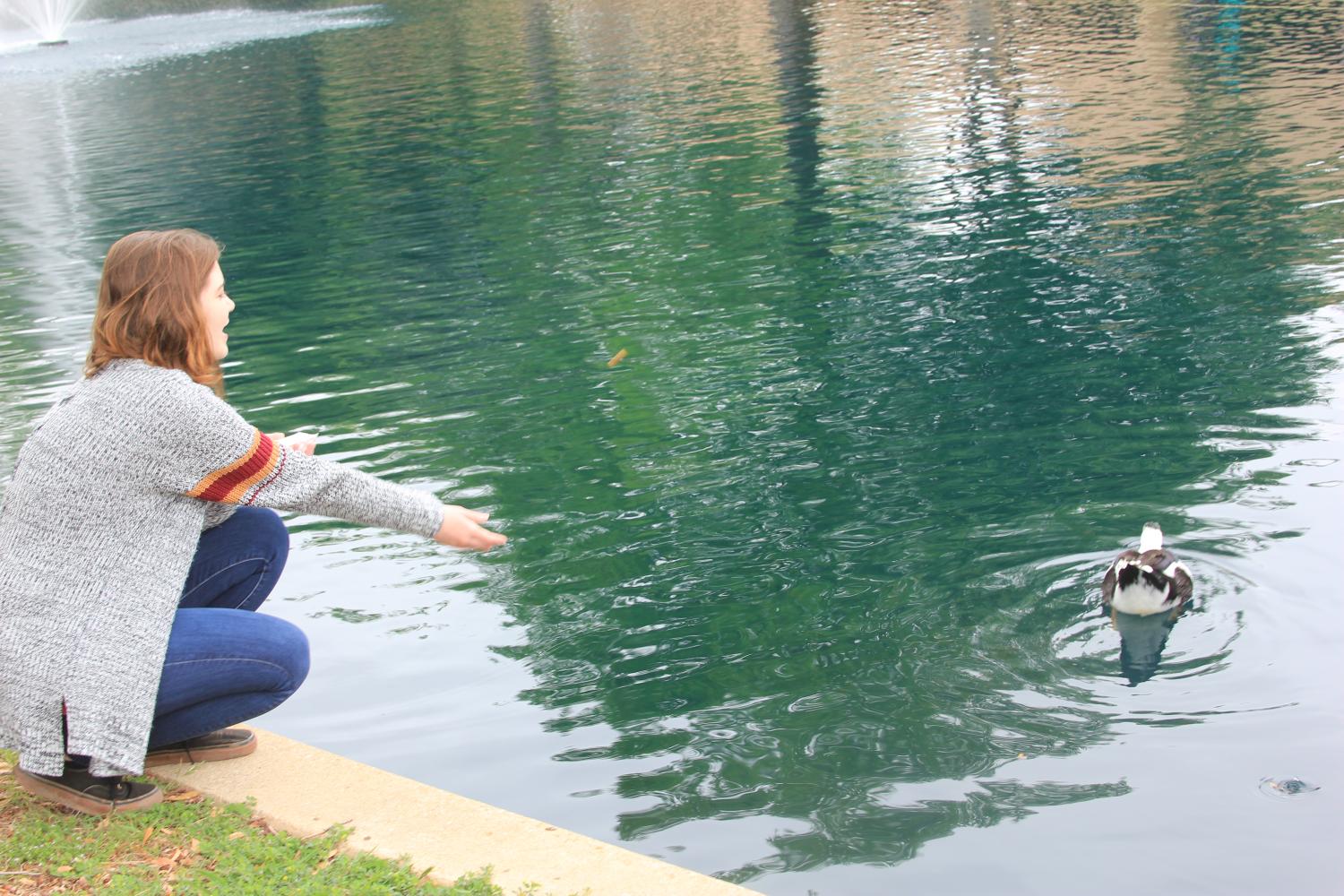 Duck Week, a week of commemoration and celebration of the ducks on campus, was organized by Stuco and PALS for the week of April 18-21.

“I think we should honor our ducks because they’re a part of our school,” senior Stuco member Gabbie Beaver said. “Honoring our ducks brings attention to the importance of keeping our campus clean to help the environment.”

Beaver served as co-chairman with senior Josie Pizzo, and the two were in charge of creating the hall decorations, posters and flyers to advertise and inform students and faculty about Duck Week.

“Being able to walk outside, enjoy sunshine and interact with a little bit of nature can really turn a bad day into a better one if you look up from your phone for long enough,” PALS sponsor Danielle Thomasson said.

Ever since Duck Week began around 2001, it has remained a tradition that allows students the opportunity to appreciate the outdoor campus and its wildlife.

“Our duck population began to dwindle many years ago, and our Student Congress began to call attention to our ducks,” Associate Principal of Student Activities Glenn Davis said. “Stuco’s original intent was to remind students not to take for granted what they have.”

A tale of a rival school sneaking on campus and killing the ducks began years ago, yet whether the story is true or not is heavily debated by students and teachers.

“It’s no myth,” Davis said. “Many years ago during football season, someone came in on the weekend and killed two of our ducks.”

The last day of Duck Week fell on Stay Day, and Stuco chairmen hosted duck themed booths on the day, including games, contests and a photo booth. Food trucks, stands, and other attractions were also available on Stay Day.

Students helped the cause by buying Duck Week themed t-shirts which were sold previously to the event in the cafeteria. The t-shirts were designed by senior PAL Lindlee Moon and Stuco members and are modeled after the Life is Good® t-shirts. Students were encouraged to wear their Duck Week t-shirts on Stay Day.

“Duck Week is a tradition because of its fun and positive themes,” Pizzo said. “It offers a form of escapism for students to show Plano pride and take a break from their everyday stress.”

While little has changed in the planning of Duck Week over the past eight years, Thomasson said that it is still a significant tradition.

“Duck Week is important because it is a recognition of a trait that a lot of high school campuses do not have,” Thomasson said. “The pond, open campus and the ducks are unique and an important part of going here.”