Theatre to Perform at DSM 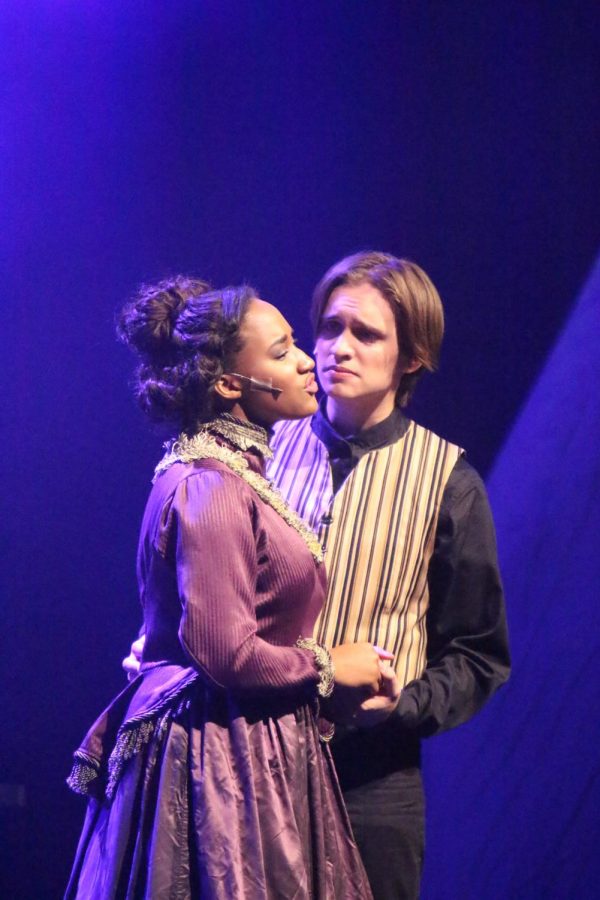 The theatre department will be performing “FAÇADE” from Jekyll & Hyde at the Dallas Summer Musical being held at Fair Park on May 17.

“I was incredibly proud that our students’ hard work was recognized,” director of Jekyll & Hyde Cassidy McQuiston said. “Jekyll & Hyde was such a great experience and holds a special place in my heart, so it will be a lot of fun to revisit that with the company.”

The cast will be performing the number ‘FAÇADE’ when they hit the Dallas Summer Musical stage, as they can only perform one song at the High School Musical Theatre Awards.

“It’s a great number that embodies and showcases the majority of the company and will be something an audience not knowing any of the musical’s context should be able to enjoy,” McQuiston said.

The cast will have to put in more hours on top of the hundreds they put in during the fall to adapt to the amenities and competition at Fair Park.

“We will only have a few rehearsals to put ‘FAÇADE’ back together to be performed at the Fair Park Dallas Summer Musical venue,” choreographer Danny Lozano said. “The directors work for over six months from start to finish on each musical every year to create, teach and provide these opportunities for our young student talent.”

Though the competition will be intense, the department has won best musical in the past, so the company’s hopes for the results this year are high.

“We had all been waiting for this moment because it was a big part in our lives last year when Nice Work was nominated eight times,” senior Max Kuenzer, who played Jekyll in the show, said. “Unfortunately Nice Work didn’t receive any awards last year, so we all are hoping to have a better run this year.”

Due to last year’s results at the High School Musical Theatre Awards, the stakes are especially high for senior Marlei Dismuke, who played Emma in the show, because this is her last year participating in Dallas Summer Musical.

“Ever since the start of the musical, I had hopes for the whole cast. We put so much time and work into it and I just had a feeling that we would do well,” Dismuke said. “We will be rehearsing nonstop for the performance, and I can’t wait to see the results.”

With all this promise held by the cast and crew, McQuiston acknowledges that nothing can be promised for a competition of the arts.

“Theatre, like all art forms, is so subjective,” McQuiston said. “Anytime you introduce competition or judges, it’s a great opportunity for feedback.”

However, regardless of the results, McQuiston said that the fact that the company even made it to the Dallas Summer Musical stage is an honor for all and something that they can all gain something from.

“Our main objective as a department is to produce shows where each person sitting in the theatre gets to experience something new through a different lens, challenges them or simply lets them escape into a different world for a little bit,” McQuiston said.