Along with Stay Day, the student body takes part in bringing awareness to the environment 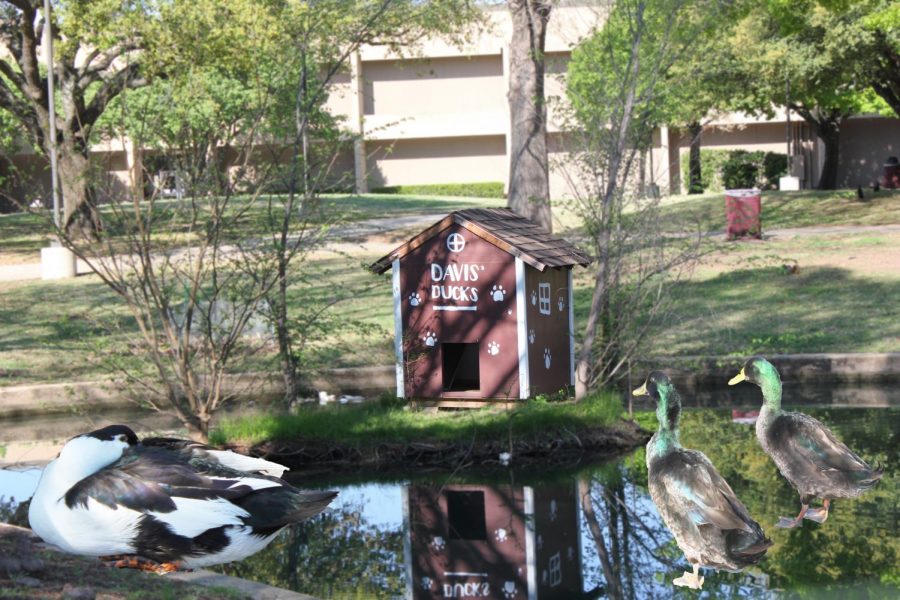 Duck Week is an ongoing tradition to recognize and bring awareness to the campus’ environment and the life that lives in it.

There is a variety of wildlife that can be seen on campus; squirrels, birds, fish, turtles, but the most notable of such life are the three ducks often seen hanging out by or in the pond.

Duck Week is a way for students to become more conscious of the campus’ overall ecosystem. Students are encouraged to pick up trash as well as recycle the appropriate products in recycling bins located at various places on campus.

“The school’s well-being is not just important to the students and staff, but to the animals as well,” Cameron said.

Duck Week started back in the 1990s, and was started on a rumor that students from another school killed some ducks, according to STUCO sponsor Steve Leonard. This, however, remains a myth.

“Myths aside, Duck Week is really about is connecting with the environment of the school,” Leonard said.

There used to be many more ducks living on campus, but currently, there are only three left. Even though the number of ducks has decreased over the years, it is important to know how to take care of them, as they are just as apart of the campus as the students and faculty are, according to Leonard.

Contrary to popular belief, it is not okay to feed ducks bread. Instead of bread, the ducks can be fed things like; lettuce, duck pellets, corn, seeds and frozen peas. Because of their sensitive appetites, students should be sure to keep their food away from not only the ducks, but the other life on campus.

Another way to help the ducks is to help keep the pond and duck house clean. This can be achieved by keeping an eye on food wrappers and lunch trays, especially on windy days.

“Duck Week is a good way to clean up our pond and outdoors area, and to improve the well-being of the school,” Cameron said.