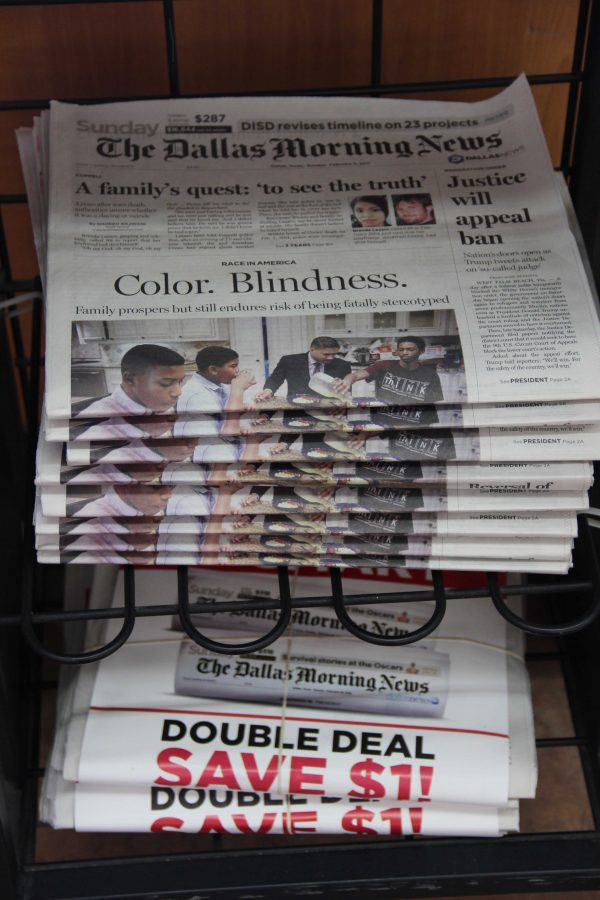 In the age of technology, journalism is more important than ever, but the responsibility of the reader has significantly increased in order for them to be well-informed and properly educated.

Reporting important news and stories has been around for centuries due to people’s desperate need to discover and find out more information. Journalists provide the public with knowledge about the world to create a more intelligent society. The history of journalism has made the current state of news what it is today, and technology has advanced it. However, as technology advanced, it has unfortunately become easier for some to be deceived by some news outlets in ways that was previously impossible centuries ago.

The Washington Post and The New York Times have evolved over the years to become just some of the papers being circulated this current century. Journalism has come along way since Publick Occurrences in 1690. Tablets and phones have electronic versions of these newspapers, making it possible for stories to be read anywhere, anytime. If individuals have enough time to scroll through social media for hours on end, they have time to read several news sources.

Journalists bring attention to moral issues and life-threatening problems people may be facing. William Lloyd Garrison used journalism to his advantage in the 1800s when he attacked the issue of slavery. The Liberator called for the emancipation of all slaves and pushed for equality. This abolitionist paper may not be around anymore, but today other papers report the truth behind other topics such as child trafficking and political conflicts. In this century, unlike in Garrison’s time, inaccurate information can travel faster and penetrate more sources. People can still form their own educated opinions and discuss controversial topics, but they must be aware that sometimes checking just one tweet is not enough.

“Fake news”  has been a topic of discussion recently because of some inaccurate information on Twitter and Facebook and raging comments made by President Donald Trump.

A post went viral in November regarding protesters that were allegedly paid to protest against Donald Trump on his campaign trail. However, this was a misconception that social media circulated too quickly. The original post was made by an unverified Twitter account which had about 40 followers before his pictures took over the internet. If people bothered to check who was posting the photos of the “protesters,” a crisis could have been averted. The New York Times were the ones to decode this nightmare.

Use common sense to prevail over “fake news” and avoid believing the first thing that appears on a screen, especially just vague headlines. In this day and age, iPhones and iPads can hold so many news apps, it is incredibly simple to check multiple news sources for valid information.

There have been some discretions regarding the integrity of journalism, but this counts for only some websites and journalists. Google and Facebook have made adjustments to limit the number of fake news results. People are talking about fake news so much that NPR wrote an informative article telling people how to spot it.

Technology is beneficial, not detrimental to the world of news. Teenagers who would have never picked up a paper before now know at least a little bit about the political, economic and social scenes that are outside their windows. News can also be relayed faster because of instant uploads and updates.

Instead of waiting for news on horrific accidents, like in the case of the sinking of the Titanic in 1912, it is possible to be informed immediately, with journalists reporting at the scene. It is because of improvements in technology that proves just how far reporting and journalism has come.

While is it easier for fake news to spread with technology, the benefits of technology outweigh the negative effects tremendously, especially when considering the responsibility of readers. Journalists need technology for their stories to reach the masses in order to build an intelligent society.