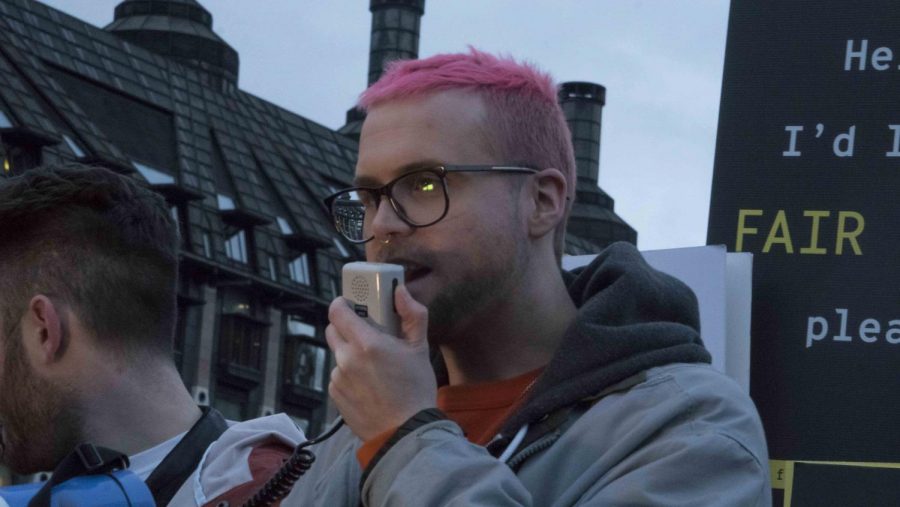 Former director of research at Cambridge Analytica Christopher Wylie is the whistleblower for the Facebook scandal. (photo used with permission by Wiki Free Use)

The reluctancy of individuals to hold corporations accountable for the usage of private data leads to further degradation of American public safety.

For over 80 million people, including some non-facebook users, personal data and information was harvested and collected by an analytics firm known as Cambridge Analytica (CA), and according to whistleblower Christopher Wylie, was used as a political tool to sway public opinion.

Wylie, a former research director at CA, came out to the public on March 18 explaining how these events unfolded. Wylie explained that the sole intent of collecting Facebook user data was to build psychological profiles of its users. The theory is that they would then create websites, blogs and Facebook pages geared towards changing the political opinions of American voters based on the country’s overall psyche.

This scandal goes beyond a breach of privacy, and is now a breach of national security which is detrimental to the American democratic process.

However, the blame cannot be placed entirely on a faceless corporation. The blame also lies in the complacency and undeserved trust of the American people. Corporations like Facebook have every reason, motivation and ability to meddle in the political process, as a candidate with conflicting policies on privacy and data usage could potentially hurt their business.

The American public is putting too much trust into the practices and policies of data gathering organizations and social media networks. Although Facebook is to blame for selling personal information to CA, it is the fault of the American people for not placing corporations under the same scrutiny and standards they hold the American government to.

Many of the companies and corporations that have access to this much information about its users also have a significant political standing, something every citizen should be aware of. Legally, these businesses can use lobbyists to pay politicians to vote and act to the benefit of the company, often times passing or instating laws and regulations with loopholes allowing said company to continue with their invasive privacy breaches unhindered by the law.

There are numerous ways to protect personal information from data mining and privacy breaches, most of which are easy to do and require little technical knowledge.

For example, if a game requires access to location services, call logs or photo galleries, it is likely selling the information to third party applications and should not be downloaded. When trying out new websites or services, using a fake email when signing up can protect from more than just spam mail, but also from said clients accessing contact lists and seeing other services subscribed to by the same email address.

While they may seem like trivial or insignificant pieces of data at first, across multiple platforms the slow acquisition of personal data can give data miners a near perfect profile of a user, and constant caution is advised to maintain a safe online persona.