Apple closed some of their Dallas stores 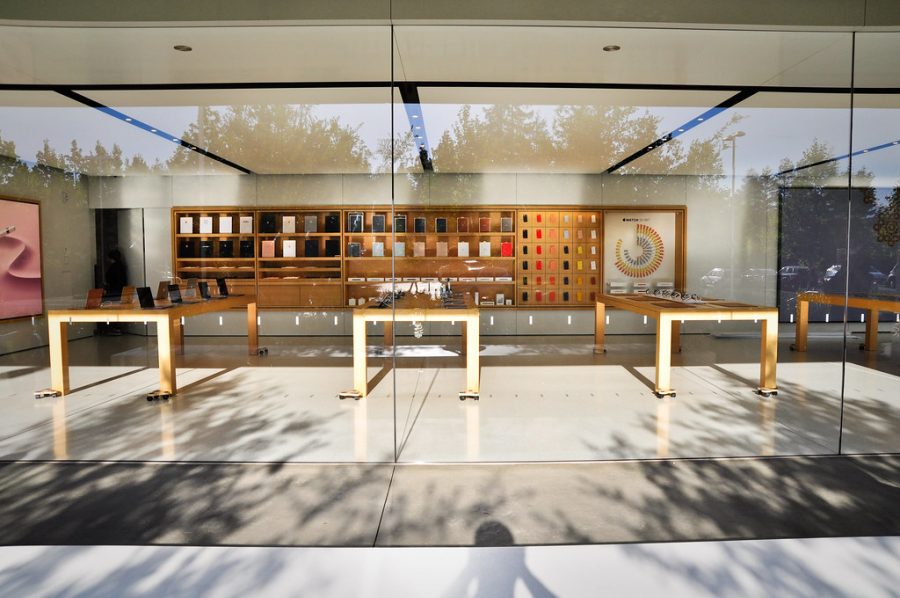 The Apple Inc in Redwood California allows their customers to feel stress-free when shopping in the modern and open-spaced store.

Plano and Frisco residents now must journey to Dallas just to go visit an Apple store due to stores closing in the Stonebriar and Willow Bend malls and relocating to the Dallas Galleria, making the process at the Apple store more complicated and difficult.

In an act of consolidating Apple is opening a new storefront in the Dallas Galleria which will be around 8155 ft. large compare to the smaller spaces in both Stonebriar and Willow Bend. According to MacRumors the stores were closed Friday April 12 and the Dallas Galleria Apple store opened Saturday April 13.

Apple stores offer a wide variety of things that no other cell phone repair company could offer. Apple stores help you set up all available products such as iPhones, iPads, Mac and Apple watches. Not only that, but Apple has a Genius Bar that offers many helpful services. Apple offer hardware and software help that is limited to Apple users.

“We are now opening fewer, larger stores so that you can get the full experience of everything that’s Apple.”

However, Apple stores have had a hard time in Texas legally as the website 9 to5 Mac said. Apple has had to pay millions of dollars due to several different patents such as the “Do Not Disturb While Driving” feature, VirnetX and several others. In total Apple has had to pay roughly 942.4 million dollars due to lawsuits in the Texas area, suspicions that these legal challenges are reasons behind the big shift.

On top of that, Willow Bend remodeled the Apple store in 2016, barely even three years ago. This brings other suspicions that this was not a “purely business decision” as SVP Angela Ahrendts claims since the act of renovating is usually meant to benefit the store for years to come. This leads to the belief that Apple was facing so many legal issues that Apple had no choice but to outright close all the Collin County Apple stores and relocate in an act to save money and avoid any further legal problems.

A better solution would have been to make multiple smaller stores in different areas. Apple stores in the Collin County area are massive and if the stores really wanted to consolidate Apple should have spread the stores out and made them smaller rather than moving to one select location and making the store bigger than the past two. Another solution could have been to move out of the malls.

Mall rent prices are very high and cost stores more than they make sometimes. Apple could have moved to a different location and found a lower rent area to place the next Apple stores rather than moving to another mall area.

As it is, Apple stores are already busy enough, and consolidating the stores to one spot will create a large amount of traffic that can get out of hand more so than it already did in the Stonebriar and Willow Bend stores. People either have to make an appointment way ahead of time and still wait until an employee is available to even look at the problem or customers can take the risk and just show up hoping it’s not as busy as it constantly is.

Customers who live in the Plano andFrisco area now must go out of their way to go to the Dallas Galleria just to get the Apple products looked at possibly resulting in traffic, overcrowded stores and many more inconveniences  that could have easily been avoided had Apple stood their ground instead of cowering away from all of the lawsuits and running away from the problems at hand to a new location.