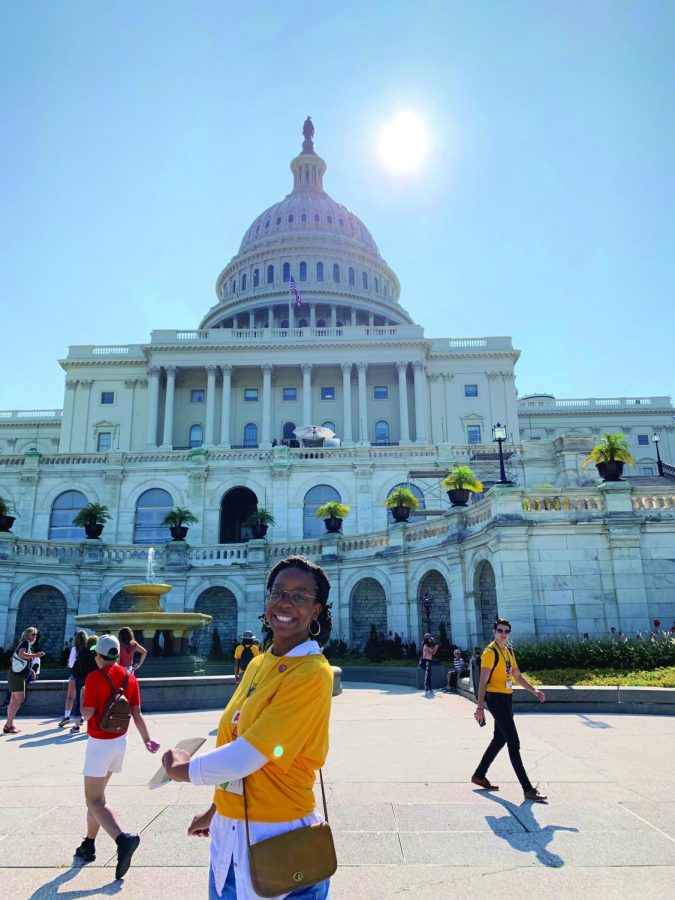 Traveling to Washington, D.C. for a youth advocacy program through the American Civil Liberties Union, or ACLU, was the highlight of my summer and is prime opportunity for students looking for ways to make their resumes’ and college applications stand out.

The ACLU is a nonpartisan nonprofit organization that is responsible for defending individual liberties when the government may not.

The summer of junior year I was bombarded with emails of college. These emails and letters were mostly the same, corny “You Belong Here” posters and statistics on the happiness of the students they had there. Consequently, I began to get a little stressed about what was to come after high school and how I would get accepted into these universities.

What didn’t help was a multitude of my friends finding their way into impressive internships in law offices or at neuroscience centers. I went down the long and twisted Google rabbit hole of programs for high school students in a desperate attempt to get a step up. Then, I stumbled across Summer Advocacy Program for the ACLU.

Two thousand kids in a hotel in Washington, D.C. attending seminars about issues that matter to us? Sign me up. This was the perfect program for me especially considering I hope to be a human rights lawyer and a grassroots organizer after college.

After a quick application process and thorough research on what exactly the program entailed, I was accepted and in three short weeks I would find myself 1,328 miles from home.
What was particularly daunting about being so far from home with no one you know is exactly that, I didn’t know anyone in this random city.

What I didn’t anticipate was that everyone else in the program was in the exact same boat as me. We had all come from different states, even countries, by ourselves, so making friends was a flashback to kindergarten. You said hello and before you knew it, you were attached at the hip.

My roommate was a Morrocan girl from Connecticut who created a club dedicated to providing feminine products to disadvantaged communities who were without access.

I attended a seminar with Feliquan Charlemagne, a Caribbean boy who just recently gave a speech at BET Experience about environmental racism. Another girl, Saida Dahir, dropped a spoken word album and was interviewed by the Grammys.

Needless to say, I was surrounded by socially active students who were working to change the world which in turn, gave me a view on what exactly a world changer in high school could be.
Everyday, we attended seminars as a homeroom that educated us on a myriad of issues from racism to national security.

When discussing matters of national security, we actually had the opportunity to Face Time Edward Snowden, a highly revered man amongst activists who was responsible for leaking information that could compromise the public’s liberties while he was working for the CIA.

However, the creme de la creme of the entire experience was our chance to lobby for immigration rights and the discontinuation of facial recognition software on Capitol Hill.
Of our two options, I chose to draw attention to the inhumane conditions in the detention centers and the gradual militarization of the 100 mile border zone.

Other Texas residents and I met with a representative from John Cornyn’s office, Patrick Micheals, and presented our issues with pieces of proposed legislation and Congress’ inaction to what we believe to be a crisis. This was ultra enlightening because we got to hear exactly what Cornyn believed about his HUMANE Bill and build our own opinions surrounding it.

After lobbying, we had an organized protest, making our issues known. There is absolutely nothing more powerful than being congregated with 2,000 other kids and shouting out exactly what you stand for. I have never participated in such a real display on just how much power we as a people hold in our democracy.

Amazing opportunities such as these are not reserved for valedictorians and class presidents. I am not in the top five percent of my class, or even 10. The primary factor that I believe landed me this chance was my eagerness to help my community. What is especially surprising is that I began my deep dive into programs from the comfort of my bed and the warmth of my laptop. If you are looking hard enough, I genuinely believe that these events find you almost as well as you find them. Get out there an make opportunities for yourself happen!