Women athletes face problems when their image is prioritized 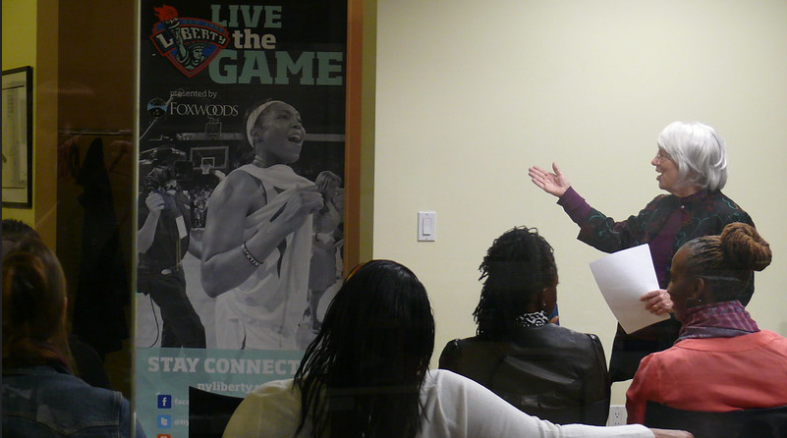 In the rapidly progressing world of women’s rights and gender activism, the sexualization of women’s sports has no reason to exist.

Everyone has a right to feel comfortable in what they do and how they are perceived. While it is impossible to control how an entire population thinks, bringing awareness to the problems a misogynistic mindset brings up shows respect to female athletes who have had to face years of ridicule and belittling.

The trend of sexualizing women’s sports started with the first sport women played professionally – baseball. Even here they were made to wear an impractical skirt to play.

From there, women’s sports have grown and become more respected, especially with Title IX, which ruled that schools cannot discriminate in sports due to sex. However, there is still a double standard with the male and female genders when playing sports.

Comparing women and men’s uniforms shows exactly the double standard between the two genders. More often than not, women’s uniforms are more revealing and less functional than men’s. Even if the women feel uncomfortable in their uniforms assigned to them, they are pressured into wearing them.

There is an important distinction to make, as the problem does not lie with women who feel comfortable in these garments, it lies in the expectation or enforcement of them for all female athletes. Women should not be forced into following a certain beauty standard to be respected in their sport.

This problem especially trickles down to women of color, who have to face the consequences when they are forced to straighten or tie down their hair to “look uniform” with their teammates. When dancers are only given one skin color of tights or shoes to wear, it can make them feel insecure that they do not match their uniform.

The sexualization and enforcement of the Westernized beauty standard makes girls insecure in their own bodies and can deter them from playing a sport. If women athletes are forced to fit into that certain look they may try to force their body to be like that, even if it is at the expense of their performance.

To look slimmer they may skip meals or skip weights which are detrimental to being an athlete. In promotional photos, women feel the need to pose in a suggestive manner or look completely different than how they would play.

For example, women athletes who have noticeable upper torso muscle often get comments on how “un-ladylike” and unattractive it is. This is irrelevant to them because their body is not for a pleasurable view or to fit into an outdated stereotype, but to be the best athlete they can be.

In addition, this can make women who are young athletes or not athletes at all feel insecure about their own bodies, if they think that they need to look a certain way to be an athlete, it could deter them from being in a sport.

Women athletes are putting their bodies on the line, working just as hard as men to do improbable things with their bodies. They are already putting themselves in these intrusive situations, so they should be able to choose how they want to dress.

When a woman athlete is only seen for her sex appeal, and not her strength or athletic ability, problems arise. No matter what women do, many people seem to focus on other parts of their life instead of their athletic accomplishments.

There is little respect left for female athletes, both from men and even from other women, and it has to do with the sexualization of their sport. Due to this, many women have felt pressured to sexualize themselves to gain attention for their athletic accomplishments. However, when they did that, they received backlash. It seems women athletes cannot win: if they sexualize themselves, people do not respect them as an athlete, but if they do not they are criticized for not doing what they can to help their sport.

The problem stems from the lack of respect women get in society and the only value they seem to have is for sex. There needs to be a serious discussion about this problematic issue that continues to haunt women athletes throughout their whole career.