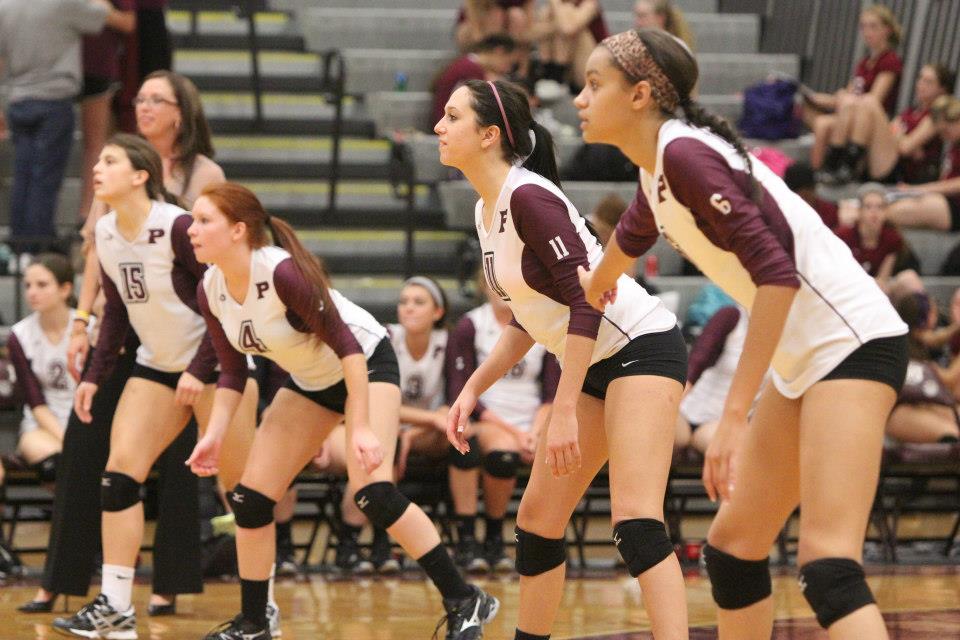 On Nov. 10 the Lady Wildcat’s volleyball season ended after a close game, losing to Mckinney Boyd. The Lady Wildcat’s run in 2005 lasted until fifth round of regionals and this was the first time the volleyball team made it as far into the tournament as they did. The loss marks not only the end of the season, but the end of a sort of sisterhood, according to senior libero Lauren Stahlman.
“It goes back to the family orientated stuff – we were very close,” Stahlman said. “We shared a lot of stuff and it just made it a lot more fun to be together with your sisters and the new coach and Moffet, the assistant coach. We have a lot of talent and because most of our team is seniors, we’ve grown up together and been friends forever.”

As a captain of the varsity team this year, junior Kylie Long is worried about losing 10 senior players who have contributed to the strength of this year’s varsity team. However, she is still grateful for the new coaching she received this year.
“Our biggest fear is that we’ll lose our closeness because we don’t know JV that well and when these 10 seniors leave it’s going to be hard to mesh again and play well again,” Long said. “The group of girls was bonding so well – we all knew each other and we were so close in age. We were all nervous about the new coach but she was great. Minnis, the new coach, was more relaxed with us and acted like she was one of the girls. It helped our relationship with her so we trusted her more.”
Terry Minnis, the volleyball coach, played volleyball for the University of Texas at San Antonio, coached college volleyball for two years, moved to Dallas and most recently coached at Little Elm High School. She moved to Plano this year and has brought a new play-focused style in lieu of the scrambled, drill-focused practices the girls had last year. Her more relaxed approach helped incorporate a certain amount of trust in the girls.
“Honestly, I let the kids do their own thing,” Minnis said. “It was pretty funny because during their pre-game stuff I couldn’t be around them – they wouldn’t let me. Anytime I walked around they would yell at me ‘you can’t be in here’ or ‘ you have to go away’ so I had no idea what was happening sometimes, but I knew we were taking care of business and being successful on the court so I wasn’t really too worried. If something happens that I need to know about I’ll know about it, but other than that I’m going to let them go and let them do their thing and try not to micromanage every little thing they do.”
Before Minnis moved to Plano, she rarely had the opportunity to choose from such a large pool of players. She is thankful for the amount of talent she found in the senior players.

“Being at Plano Senior, it’s different, and I was very fortunate when I came that the 10 seniors are all very talented kids and I just had to keep them,” Minnis said. “It was one of those things where Plano has so many kids to choose from and it’s just a situation to see how it all plays out.”

This year, there wasn’t only an increase in the amount the team bonded, but some players felt like there was an increase in the amount of school spirit at the games.
“Our favorite thing was that we had two flags that would get ran around the gym at the end of every game,” Stahlman said. “There were a lot of students at the games last year, but I think that this year definitely outdid last year. It makes us play a lot harder for our fans because we want them to come back and stay interested, so it does help us.”
Long will remember the team’s attitude toward every game most, the time they spent off the court together.
“We were just going to give it all we had because you never know which game is going to be your last in that situation, and we just kept that mentality throughout,” Long said. “I’ll remember all the fun times that we had outside of volleyball that just strengthened our bond outside the court. We just had a very powerful team this year; we were very athletic.”

Before being a captain on varsity, Long played JV sophomore year. She knows a few of the people on the JV team, but feels distant from most of the players. As a player who made the jump from JV to varsity this year, she knows that it takes effort.

“We’re going to try to incorporate JV in a lot more things because they’re intimidated by us right now, which we don’t want,” Long said. “I didn’t really play that much in JV freshman year, but last year I stepped up and played more. This year was completely different; it was just so much more intense practice and we did more than in JV.”

Like Long, Minnis feels more connected with her varsity players but knows that it is possible to achieve and go as far as, if not further than, the volleyball girls made it this year. She will work with the JV players during the off-season to get them ready for another successful year.

“I try to be involved with JV, but because they practice at the same time as we do and play at the same time as we do, it’s a little harder to know them as well as coach Moffet knows them,” Minnis said. “In the off-season I’ll be with them every day so I’ll be able to build that rapport with them. It comes down to the kids knowing they can compete with the team and being confident in their ability that they are just as good as those teams. Looking at what everybody else in the district has lost and what they have coming back, I think it’ll be reasonable and legitimate goal for our kids to make the playoffs again next year.”