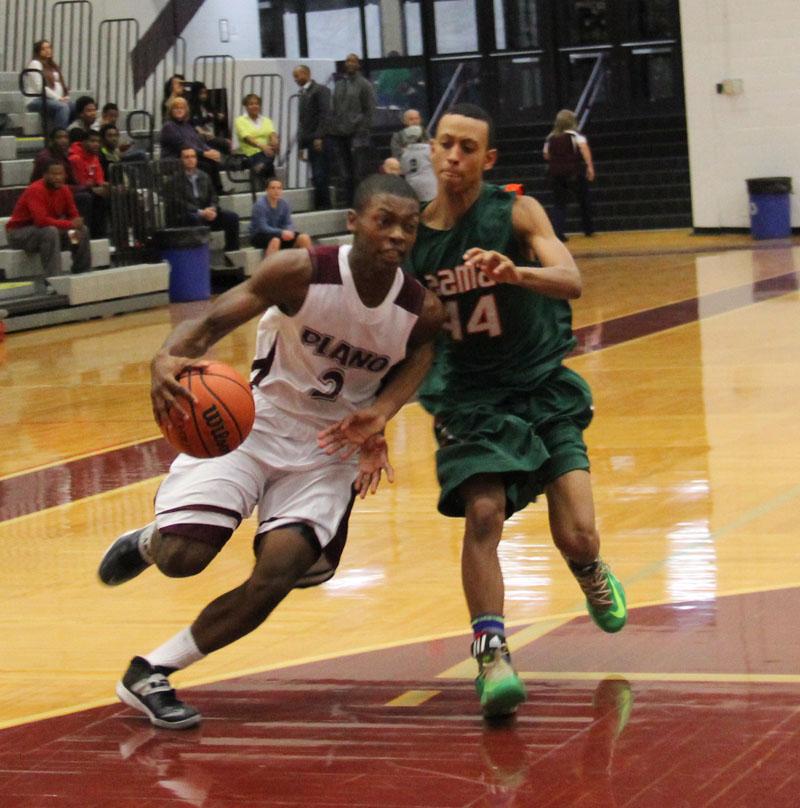 Kicking off the 2013-2014 season with a bang, the varsity boys basketball team notched their first victory of the season Tuesday night against Naaman Forest with a score of 70-41.

The Wildcats led a balanced attack for much of the first half, with junior Jason Bardgett leading the way with six points. Sloppy play characterized the game early on, as turnovers and fouls plagued both teams late in the second quarter. Although Naaman Forest capped off the half with a buzzer beating three-pointer, Plano managed to maintain a secure seven point lead going into halftime with a score of 30-23.

Plano increased their lead to nine points early in the second half, but Naaman Forest managed to keep the game competitive up until the final quarter. Bardgett capitalized off a missed free throw midway through the fourth quarter, giving the Wildcats a fourteen point lead. Naaman Forest was never a threat again, with Plano going on an 18-3 run to end the game. Bardgett finished with thirteen points while seniors Austin Evans and Broderick Perkins contributed twelve points each to the victory. Varsity looks to improve to a 2-0 lead Friday night at home versus Frisco at 7 p.m.