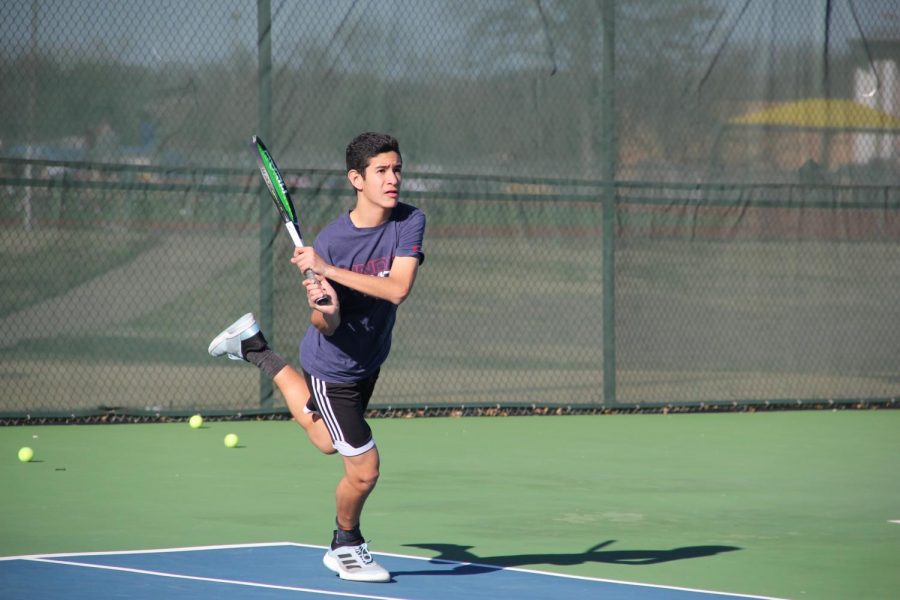 After winning the district championship, tennis looks to achieve success in the Regional Tournament at Waco on April 17-18.

“It was a great experience to play two of our friends in the final knowing that there wasn’t much pressure to win,” Shteyn said.

Leading up to the district final, both Wildcat teams had not surrendered a set to an opponent. Aguirre and Shteyn only lost 13 games out of the 50 games they played and the McDonald brothers dropped seven games out of 43.

“We played well and rose to the pressure of the moment to prevail,” McDonald said. “They put up fights, but we came out on top.”

Shteyn thinks that the teams wouldn’t have made it to regionals without training and building bonds each day.

“The driving points behind our success is the consistent practice and the chemistry we have,” Shteyn said.

The team has their sights set on regionals, but state isn’t that far out of the picture.

“If we perform our best we can make it to state, but for now we are focused on regionals,” Shteyn said.