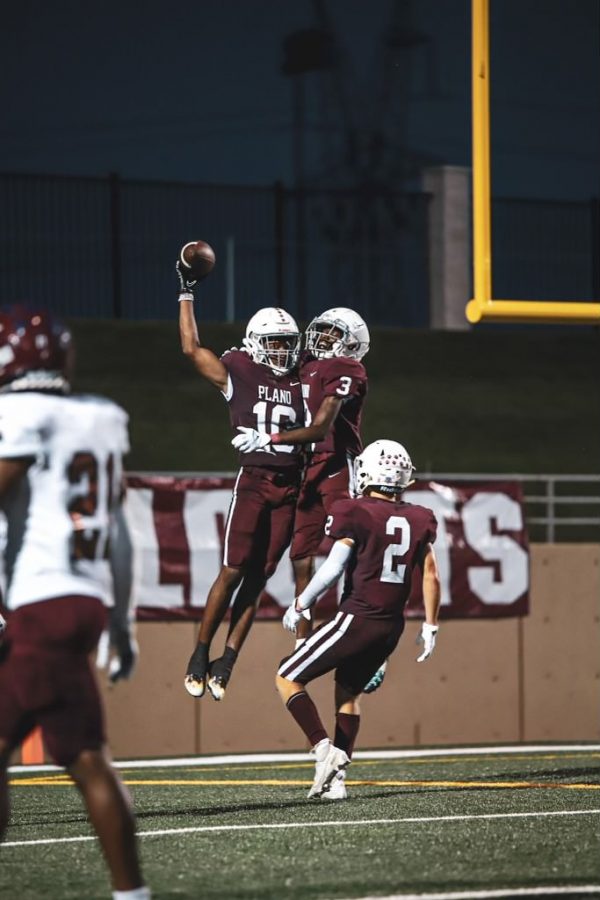 The Plano Wildcats played their last football game of the season on Friday, Nov. 5 against Plano West. The Wildcats jumped out to an early lead, but it slowly slipped away and Plano West took the win. The Wildcats fought hard until the very end and even though their Football season has ended, the memories made will never be forgotten.

“It meant a lot to have gone through all the ups and downs with people who were not only my teammates and friends, but my brothers,” senior Jermaine Jamabo said.

Plano football games have and will continue to bring everyone together through the camaraderie shared between teammates, friends, and fans.

“My favorite part about the Plano football games is being able to spend time with friends while also being able to feel your schools’ spirit when cheering for your team,” senior Maryellen Stolte said.

Although the season did not go the way everyone had hoped for, there were bright moments that sparked some light.

“My favorite moment of the season was beating Rowlett 60-7 and having the biggest Plano win in over 10  years in my very first start for the school,” senior Grant Garcia said.

Football season has been brought to a close, and the senior Wildcats will graduate and pave their paths, but the future of Plano football will look to a new generation of younger Wildcats to keep the legacy alive.

“To the younger kids, my biggest challenge to [all of you] would be never to give up and always believe in yourself. If you do those two things, more than likely you will find success,” Garcia said.