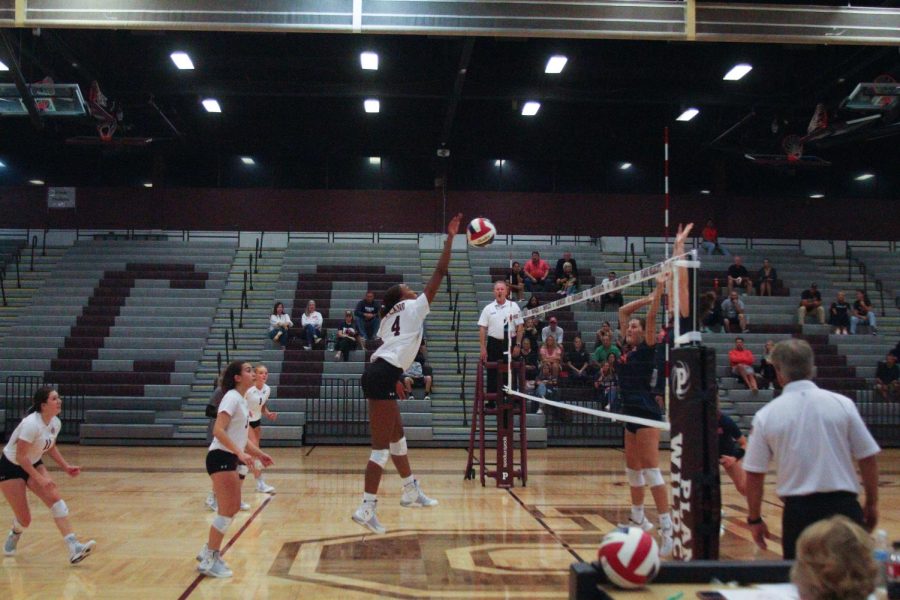 This was their third home game of the season. The Wildcats home court advantage resulted in two victories but they were returning home on the heels of an away game loss against Frisco Emerson last Friday.  They went into Tuesday’s game with McKinney North with a lot of motivation and drive.

“The strength of the game is we were coming off Friday’s loss,” Head Coach Haley Tippett said. “We were driven and had goals for this game.”

The first set was neck and neck, until Plano started to fall behind. They were down by five at 16-11. They surged back and achieved a tie at 20-20. While maintaining a tie till the end, they lost the set  26-24.

“We were not nervous at all going in and weren’t expecting them to be so good,” senior Heidi Garcia said. “I think our mistake was not watching enough film of the other team.”

The second set started with a strong lead by Plano. The Wildcats maintained a significant victory at the beginning—a surge of motivation after the loss just a set before. Plano carried their solid lead to 20-15. Plano continued to fight despite their lead dwindling. Even after McKinney North came back and tied it up at 24-24, the Lady Wildcats  won the second set 28-26.

The third set was another close round. There was an early promise with great hits from seniors Erinn Wood and Victoria Ragas that led to the loudest cheers from Plano’s student section. McKinney North took the lead at the end, leaving Plano with a loss at 25-21.

“We faltered at the end because there was no communication about every play of the game,” Garcia said.

The fourth set was a continuation of the last. Plano was struggling to catch up with McKinney North and struggled to block plays. The Wildcats even while behind fought to the very end and tried to make up the difference by catching up to 17-20. The McKinney North Bulldogs finished the set with unexpected spikes at the end. Plano lost the last set 25-19 ending the game with an overall loss of 3-1.

“No matter what, this game was a good experience before going into district,” senior Sadie Conrey said. “Our team connection gets stronger every game.”

While it was a loss, the Lady Wildcats were proud of their hard work, improvement and strength.

“Even though we lost, we achieved a lot of the goals we set,” Ragas said. “We played strong and worked on our team bond.”