Commemorating the past: Wildcats reflect upon Plano’s 40 year anniversary 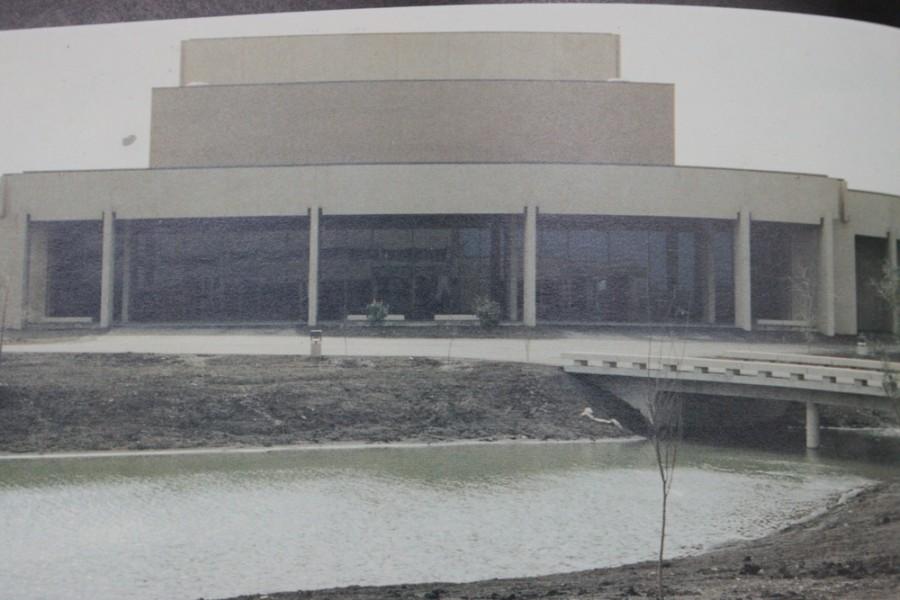 The fine arts building in 1976. According to Dr. Dean, the strong tradition of the fine arts has continued from the beginning. "When we first opened we had these major studies courses that included Music," Dean said. "But they did away with that. We have always had strong music programs. Band, Choir, Orchestra and Theater were all outstanding when the school first opened."

As one class departs from the cherished walls of this school, their memories pass with them. Students hardly notice the intricate details and stories that converged into creating this campus. These halls will have supported thousands of students and nurtured their careers for 40 years this August.

The way our school used to be prior to its current home only survives in memories and trophy cases. The school has occupied several buildings, but it’s previous home was a mostly square memorial to public school education. The building still stands, now functioning as Williams Junior High School. By the early ’70s, the school had outgrown its space and clamored for a larger home and purpose, much like the seniors it graduated every year. Economics teacher Mary-Jo Lewis taught at Plano when the school was located on 17th Street, and understood the district’s desire for a larger space to teach its growing population.

“It was a very compact school,” Lewis said. “You would walk out of your room and there was the library. It was nothing like having multiple buildings. The restrooms were close by, the cafeteria was smaller, and there was no off campus lunch.”

While the old building functioned for 12 years, it was not without flaws. Those flaws still affect the school, even in a new home. One of these quirks was a PA system, which the current campus lacks. According to Lewis, there was a debate about having a PA system after its failures at the old school.

“One time at the old school the principal came on the PA and announced that a ‘certain group’ of people should come out in the halls,” Lewis said. “Two seconds later, he realized his mistake and commanded the teachers to get the students back in class. He did not realize his announcement called about 300 kids out of class. Instead of calling upon a certain room, the PA system would call for something in the office and it came out over the school.” 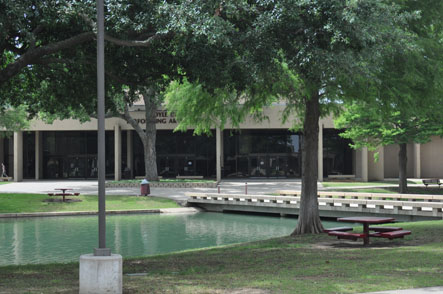 No one has had a larger impact on this school more than Dr. Doyle Dean, who was the principal for 24 years. While he was originally at Williams Junior High in 1975, Dean remembers the state of the district which built our campus.

“When the school opened, the biggest complaint was that it was way out in the country,” Dean said. “People asked why they didn’t build it downtown. The committee realized that wasn’t the direction Plano was growing in. When it was opened there weren’t houses across the street, some kids would park over there and get stuck in the mud. It was out in the country and not in the middle of town.”

Mary Gribble was a part of the first graduating class to spend both years at the school. According to Gribble, the transition from the old campus to the new one was a challenge.

“I liked the old high school because of the tradition and really wasn’t too excited about the new one at first,” Gribble said. “I felt comfortable at the old school and maybe the new one felt overwhelming to me at first, but it became home and a nice place to finish off my last two years of high school. I felt lucky that I was a part of the junior class to attend the massive new senior high.”

The changing nature of the school kept some traditions alive, but not others. For example, after every football game the school used to host a dance inside the cafeteria.

“The dance was well attended and was always a big thing,” Dean said. “Over the next few years students would stop coming. Eventually the dance died out and we stopped having it.”

However, according to Lewis, some of the strongest traditions at Plano were accidents that survived the times.

“There was a big argument with the architect about the pond and whether or not it was a frill,” Lewis said. “It was a drainage ditch and the architect said it would cost three times as much if they put it underground. So we turned it into a pond.”

The tower in between A and B buildings oftentimes confuses some students. However, the original purpose lies covered behind 40 years of use. The planners constructed the tower in the fashion of the tower at the University of Texas, Lewis believes.

“Football has always been a big deal,” Lewis said. “The tower out there was supposed to have a light like the University of Texas. It was supposed to be lit in a certain fashion after every football win, to get the information out to the town. But that went away.”

In the first year of the new campus, the school lacked several necessary facets, such as a gym and cafeteria. Gribble was involved in basketball during her time in high school and in her first year, the team had to travel to the old school for practice, and then come back for classes at the new one.

“We were quite talented in dressing for school while driving down Park,” Gribble said. “But once they finished the gym, it was massive and they installed a rubber floor on the basketball courts that took me a while to get used to. It had many upgrades that you just did not see on high school campus. We were quite spoiled.”

Lewis expressed that even when the school was at the old building, Plano had already changed the way a school should function.

“From what I learned from my first two years at Plano, I should have paid the school district instead of them paying me,” Lewis said. “It wasn’t like any place on earth.”