PSHS graduate scores role as 16 million people see him on the big screen. 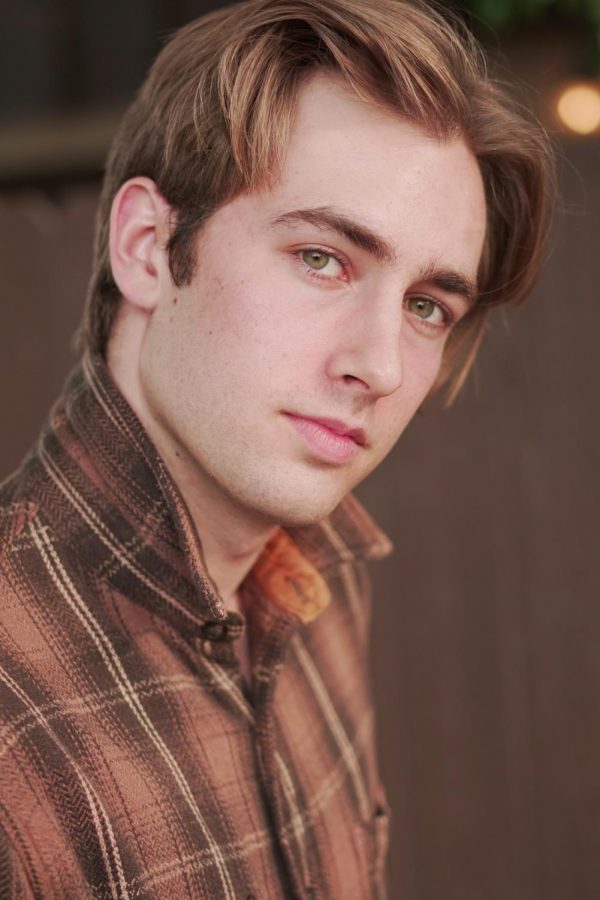 Pursuing a career as an actor is a gamble, but with a lot of hard work some make it through and Charles Kinder, a 2014 PSHS grad, is one of those few.

Kinder actively pursued theater and speech while in high school, participating in many of the plays, and often traveling with the speech team for competitions. Kathy Kinder, Charles’ mother has supported her son’s love of theatre since he was only eight-years-old.

“The acting bug bit him at eight-yearsold when he attended a church drama camp,” Kathy Kinder said. “From that day forward every director he has worked with has said he has very natural comedic timing, and that is not something you can teach!”

He is now pursuing his acting career in Los Angeles, Calif., where he is currently playing the role of young Timothy McGee in flashback episodes on NCIS. His episode will be airing on Feb. 19.

“I love my role and it’s crazy how quick everything is,” Kinder said. “I auditioned on a Monday, got a callback next Monday, was hired on a Tuesday, and started filming on Friday.”

“He chose Pace University in New York where he was the first recipient of the Kevin Spacey Foundation scholarship award,” Kathy Kinder said. “Prior, it had only been given to students attending Regent University in London.”

Kinder has been in many other films such as Dan in Technically Crazy, Ryan in Lizzie and Ryan, Officer Gregory in Justice Turner, Neil Thompson in Rise and Shine, Cooper Kelly in Peter Pandrew and James in H. which was a film he directed and starred in.

Kinder’s high school experiences played a role in preparing him for his career in acting.

“My teachers definitely prepared me for my current career,” Kinder said. “They taught me hard work pays off.”

He also keeps in touch with a lot of his friends from his days in high school.

“Most of my friends I have now are my old friends from Plano Senior and Vines,” Kinder said. “I keep in contact with most of my old theater friends as well.”

Kinder’s friend since Vines High School, Fabiola Cedeno, has always been a big supporter of Kinder and his passion for acting.

“I am not at all surprised he is doing well in California,” Cedeno said. “I always knew if anyone could do it, it would be him.” His former PSHS teacher, Lance Morse said, “I absolutely thought he had potential!”

Morse said how some actors have to truly work for their talent while others have had it come very naturally to them. He also said that Kinder is no exception to this.

“He was great, his talent was immediately evident,” Morse said. “He had a sort of grace and humility to him, he always displayed class and a good attitude.”

Pursuing a career as an actor requires sacrifices from the get go, and Kinder made those sacrifices.

“Charles spent most of his elementary and middle school years honing his craft, between church drama school every summer, spring and fall at Plano Children’s Theatre performances, acting classes and speech team,” Kathy Kinder said. “During this time he auditioned for Radio Disney and became a voiceover actor for commercials.”

However, acting was not his only interest. Aside from acting Kinder had an equal love for soccer.

“His passion for acting was matched only by his passion for soccer,” Kathy Kinder said. “He was accepted into the Theatre cluster at Booker T Washington School for the Performing and Visual Arts. Between his acting commitments after school and the long travel time from downtown Dallas back up to Plano he finally had to choose, and acting was it!””

Morse said breaking through into the world of TV and movies is a struggle in its own, but for people like Kinder, his family and friends weren’t surprised.

“It’s definitely a gamble with being in our business. I’m not shocked at all that he made it through and is doing as well as he is,” Morse said. I’m incredibly proud of him.”

His teachers weren’t the only ones who knew Kinder was talented, even Cedeno knew of his potential.

“He really can do anything he sets his mind to,” Cedeno said. “He really is so talented and dedicated to it, I’m just so excited to see him continue to grow his career!”

However, acting on a stage and playing a role in a show or movie is very different. Kinder enjoys the excitement of live acting more.

“Don’t tell anyone, but I secretly miss the stage,” Kinder said. “It’s like a basketball game, you’ve only got one shot and if you mess up you just gotta keep going.”

Kathy Kinder believes that acting is it for her son and he won’t quit without a fight.

“I don’t see him choosing another path anytime soon,” Kathy Kinder said. “One thing I know for sure, he will give it all he’s got before he walks away from acting!”

With so much of his career ahead of him, Kinder is ready for what the future holds for him.

“My future plans are to keep working,” Kinder said. “I have some projects of my own that I wanna direct, but yeah I’m just gonna keep going from here.”