Players in NBA stand in support of the BLM movement and face tension. 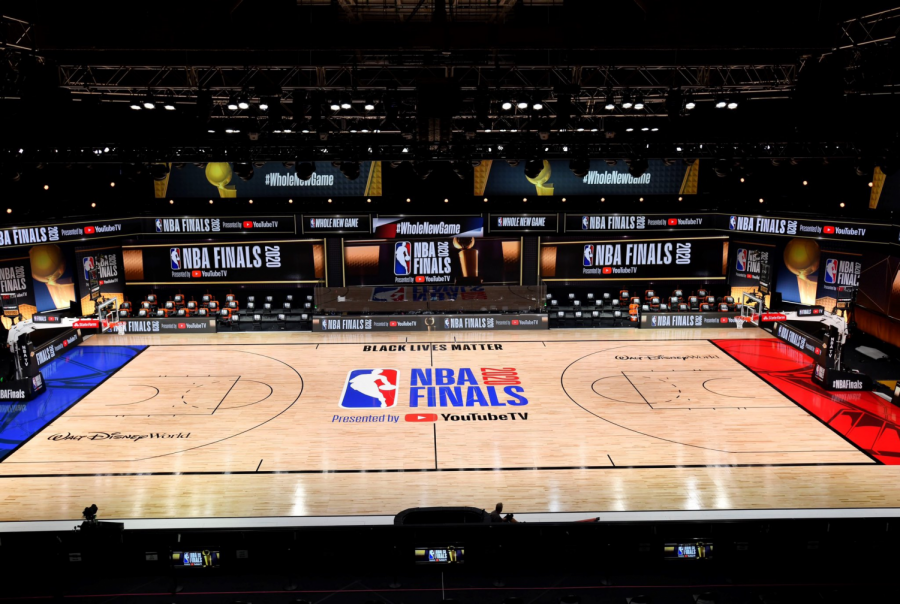 The Black lives matter movement is growing ever rapidly in the US due to acts of police brutality and violence against African Americans. This movement has now trickled its way into the NBA after the shooting of Jacob Blake on Aug. 23.

On Aug. 26 after the Milwaukee Bucks refused to take the court in a playoff matchup in protest of the unjust shooting Blake. They released a statement shortly after stating their reasons for protesting and showing their support for the movement.

“Over the last few days, in our home state of Wisconsin, we’ve seen the horrendous video of Jacob Blake being shot … and the additional shooting of protesters,” said the Milwaukee Bucks. “Despite the overwhelming plea for change, there has been no action, so our focus today cannot be on basketball.”

The rest of the NBA shortly followed as all playoff games were cancelled due to players boycotting the NBA refusing to play. This has created tension between the NBA and many of their viewers, some calling for the players to keep politics of the court.

This caused animosity between the president and some NBA players as they felt that Trump was insensitive to the main purpose of why the players were protesting by commenting about their ratings going down in relation to the BLM movement.

Thanks to NBA players such as Lebron James and high ranking activists like Jay-Z; players on the court are allowed to express their support of the movement. Many do this with a custom word or phrase on the back of their jersey in relation to the BLM stance.

The NBA still continues its efforts to support the BLM movement as NBA play has continued. Such as modifications to the court to insert a Black Lives Matter logo, and allowing players to wear their jerseys in support of the movement.