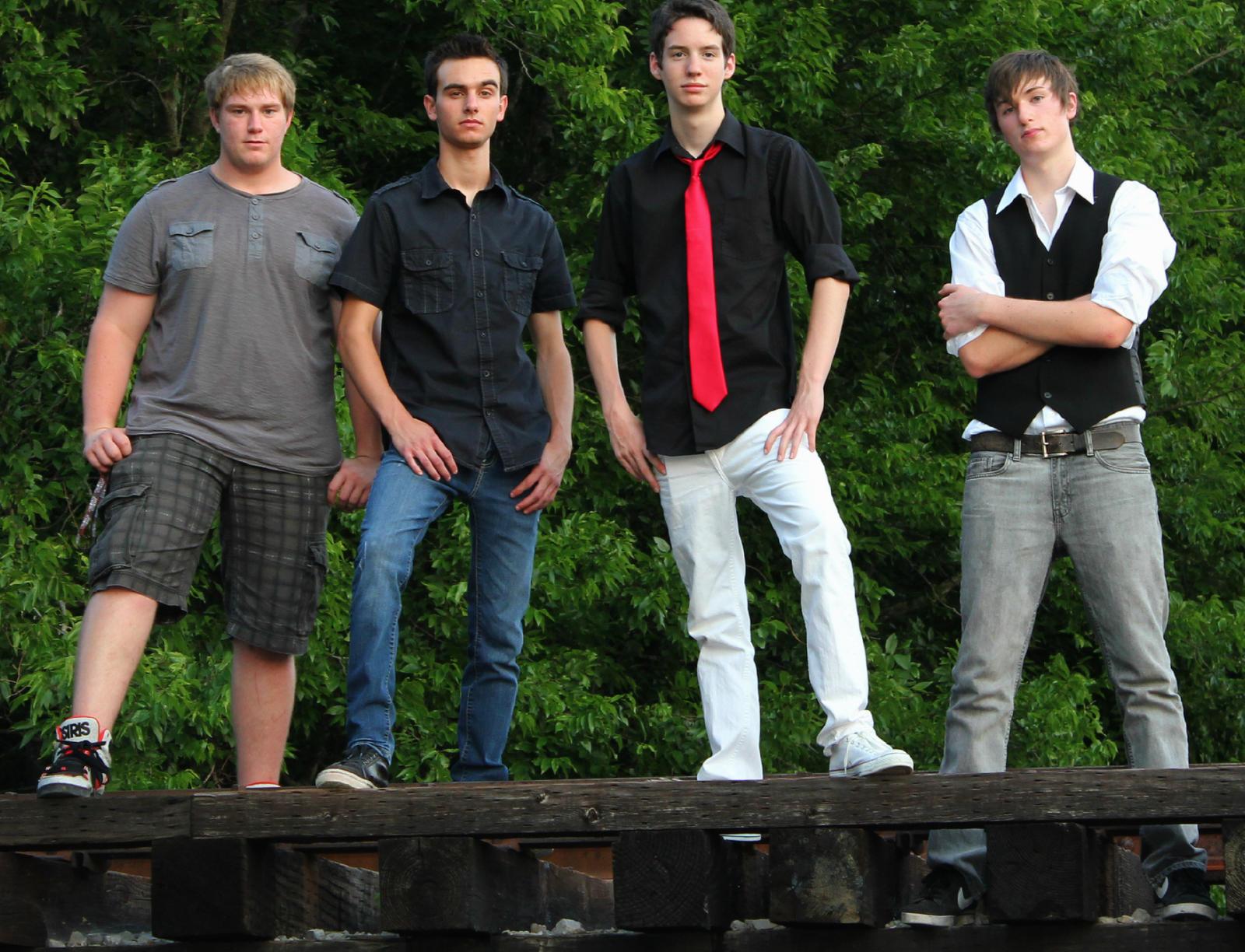 Lasting Effect during their Royse City photo shoot prior to the release of “Drift Away.”

Lasting Effect during their Royse City photo shoot prior to the release of “Drift Away.”

Five and a half years after their debut performance at Rockwall High School’s Battle of the Bands talent show, local band Lasting Effect have released their first album “Drift Away.”

Comprised of four students currently attending Collin College, Lasting Effect utilize a pop-punk style similar to bands such as Green Day and All Time Low. However, in “Drift Away” Lasting Effect reveal that they are more than capable of leaving their own mark in the music game over the course of the album’s eight songs.

The first three songs on the album each feature prominent use of Collin Hill on the drums, while lead guitarist and vocalist Brandon Leavell evokes the early 2000s stylings of Green Day frontman Billie Joe Armstrong. The opening title track’s catchy and fast-paced rhythm immediately signals the band’s energetic style.

Midway through the album, “Every Time” presents a departure from this style with a slower, more melodic pattern. Complete with compelling and meaningful lyrics, the song displays the vocal range of Leavell along with quality backing vocals from Hill.

Not to be left out, Christian Pearce on the guitar and Wes Switzer on the bass both shine in “Too Late.” The song contains some of the simplest verses found on the album, but nonetheless strikes a chord thanks to the lengthy guitar solo found within it.

In similar fashion to “Every Time,” “Dream Catcher” employs a leisurely pace with impactful lyrics to create a pleasing, acoustical sound to the listener. One of the most enduring moments from the album occurs with the harmonization of Hill’s and Leavell’s vocals in the chorus of this song.

Heavy guitar use from the album’s early tracks blends seamlessly with the thought-provoking lyrics from the acoustical songs in “Drift Away” to tie the album to a close in “Let It Go.” Encapsulating the best elements of Lasting Effect, “Let It Go” ends their maiden foray into the music world on a positive note.

An album that took in excess of two years to complete while the band worked with a limited budget, “Drift Away” reflects why Lasting Effect have become a staple of the Dallas – Fort Worth music scene. Varying from punk-tinged tunes to acoustic melodies, Lasting Effect will connect with a variety of listeners in their thoroughly enjoyable debut album.