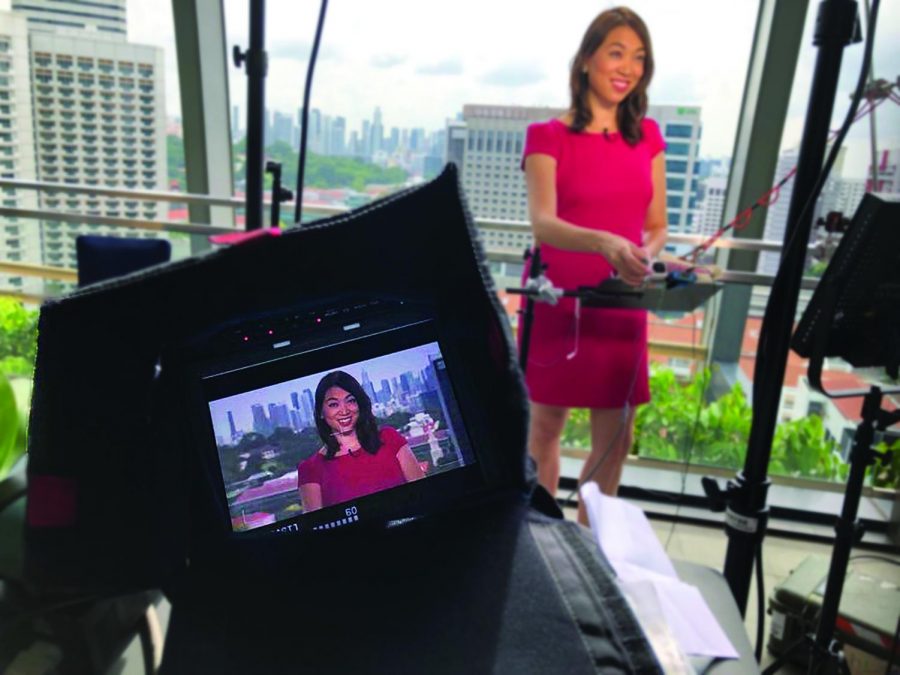 With the current political and social climate and the need for ethical reporters, a former alumni chose to step up and take on the role as a reporter for major news outlet, National Public Radio, NPR Elise Hu, a graduate of the class of 2000, moved on to graduate from the highly esteemed program at the University of Missouri for broadcast journalism.

She worked numerous jobs as a news affiliate around the country, she previously worked as the state political reporter for Austin’s ABC affiliate, KVUE-TV, from 2006 to 2009. She was also recognized by the Texas Associated Press Broadcasters three years in a row for her beat reporting on state politics and was named Best TV Reporter Who Can Write by The Austin Chronicle.

Prior to her position at NPR, she contributed to the beginning of an online startup which came to be the Texas Tribune, a non-profit, non-partisan media organization based in Austin, Texas, 10 years ago. While at the Tribune, Hu oversaw television partnerships and multimedia projects for the local media company.

“It started with just 11 employees back then and it now currently employs 73 staff members,” Hu said. “I am really proud to be a part of that beginning.”

She knew that she wanted to be a journalist since she was eight’ years’ old.

“My mom always dreamed of being journalist,” Hu said. “She and my dad encouraged me and my brother to follow whatever we wanted to do.”

She said that she took her parents’ encouragement and developed her passions, she is also very concerned with the role of women, race, gender in society, as well as with global issues.

Just recently, she was a correspondent in South Korea for nearly four years during the height of the crisis between Korea and America.

“My son and I would listen to NPR and Hu relaying information from abroad,” history teacher Matt Cone said. “My son asked me if he should be worried about nuclear weapons from Korea.”

Cone, a current teacher at Plano and former teacher of Hu, said that he didn’t know how to answer, but hearing Hu’s voice was comforting and reassuring to him. Cone also mentioned that he knew from Hu’s presence in class, that she would make an incredible reporter communicating information to the people back home.

“This school provides opportunity, she was able to do what she wanted to do,” Cone said. “She had a large course load, but that gave her an advantage in college and in life.”

Cone said that she was a force to be reckoned with and was a great contributor to class discussions. She helped make the learning experience better in her classes.

Her teachers in high school played a huge role in cultivating Hu’s passion for learning. She said that her experience at school with rigorous courses along with balancing all of her activities prepared her both academically and socially.

“She was willing to take risks in a fastpaced environment,” Cone said. “She knew what she was capable of and went for it.”

The stress that a majority of students experience in college didn’t seem to phase Hu.

She was used to a large competition for a few number of spots.

In her time on campus, she was described as friendly and energetic which caused many to gravitate towards her.

“She was friends with everyone and everyone knew her,” Wade Lairsen said.

She was very involved in the school and community. She participated in speech and debate, was unity chair of Student Congress and was also on the golf team.

Lairsen was best friends with Hu in high school. They met through Student Congress where their personalities instantly clicked.

Lairsen also said that he thought that he wanted to be a journalist. He enrolled into the University of Oklahoma for journalism, however, he changed his major to public relations instead.

“I always admired her for sticking with journalism,” Lairsen said.

Lairsen’s choice to change his major on the other hand, never stopped him from being successful. He runs a nonprofit called Gen Next focused on pressing education global growth and economic security to make sure that every generation is better than the previous one.

Besides Hu’s passion for journalism, she briefly pursued a modeling career through college. She was a professional model for Campbell Agency, a modeling agency in Dallas.

“Elise and I were both randomly asked to model in a 7-Up ad,” Lairsen said. “They picked six of us to do a photoshoot for a national ad campaign for 7-Up that showed up on every box.”

They got paid $100 for the advertisement, which they thought to be a rip-off, but in the end they settled for an easy 100 bucks. The 7-Up photoshoot prompted Elise to have a modeling career on the side, she did it for three or four years while she was in college.

Her and Lairsen still keep in contact occasionally and respect each other no matter how far they are from each other.

“One of the greatest things is that she hasn’t changed,” Lairsen said. “She is still the same energetic and friendly person that she was in high school.”

She is very headstrong in what she wants for herself and she is very true to herself, traits that many people don’t have. She goes with the flow, not worrying about what the future holds.

“I don’t know what I am going to be doing in a year,” Hu said. “I’m just going to follow my own set of principles and values and see where that takes me.”

The message that she wants to send is for people to chase their curiosities, and for people to help others. She said that she took advantage the support, guidance and generosity of other people she came in contact with. She was able to be friends with everyone because of her ability make others feel comfortable while also being at peace with herself.

“She made people feel comfortable, and she’s very ambitious,” Lairsen said. “She is a chameleon while being true to herself.”